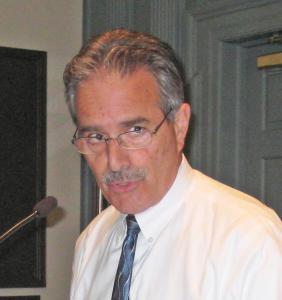 Dr. Nick Manolakos, the long-time Headmaster of Odyssey Charter School is no longer serving in that capacity.  What he does next may not be what many folks expected to happen.

Word on the street has him running in State Rep. Joe Miro’s 22nd district.  This seems like a logical choice considering he was the Republican State Representative in this district for two terms before Miro beat him in the 2012 Primary Election.  Some have said Miro’s daughter could run for her father’s seat but neither has officially filed to run.  Could we see a Republican primary in the 22nd Rep. District?

As for Odyssey, the Board decided not to renew his contract as Headmaster.  Since his departure, there has been an Interim Head of School selected but absolutely no information about this huge change appears on their website.  I attempted to reach the school today to verify this information at all their extensions but no one picked up.  I did post an article a few years ago that he interviewed for Chuck Taylor’s position at Providence Creek Academy in Clayton.  And Chuck is retiring at the end of this school year.  Just sayin’!

One thought on “Nick Manolakos’ Journey At Odyssey Comes To An End. What Is His Next Move?”