Even if you don’t live in Christina, this will be something to watch.  It isn’t every day a Governor proposes this kind of action.  Some say it is needed while others say it is too much.  Some say the Board should vote yes while others say mixing these student populations from different areas of the city is a powder keg waiting to explode.  Some say forget the past and keep an open mind while others say Carney’s office doesn’t have the first clue as to what these kids need.  We will find out what the Christina Board votes on Tuesday evening.

The below pictures were released by the Christina School District: 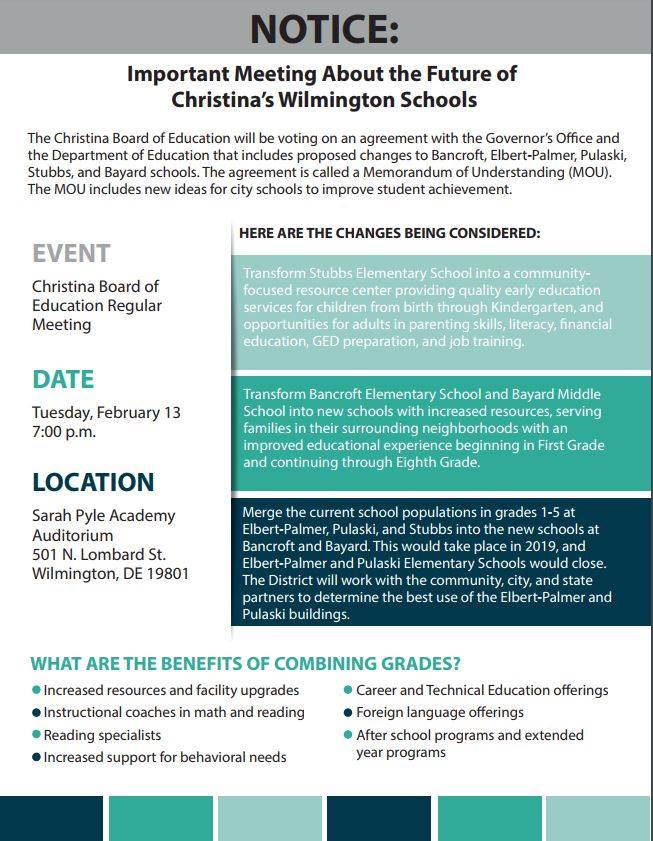 If I were Christina, I would want to see a big fat check hand-delivered by John Carney before I put ink to this.  They are putting a lot of trust in a state that has continually targeted this one particular district if they vote yes.  Sorry, I don’t trust Carney.  He has yet to prove he can be trusted.