Blogging is funny sometimes.  You can get things wrong.  When multiple sources tell you the same thing, you assume it is gold.  But for the end of June in Delaware you have to be a bit cautious.  That is my situation right now.  I want to apologize for anyone who had angst over this.  I thought, based on sources, that it was going to happen.  While eating dinner tonight, I was informed there was a 1.45% deduction in state employee salaries, but this was a misread of the appropriations bill.  It is NEVER my intention to put bad information out there.

I’m sitting in the lobby at Legislative Hall to a packed house.  Even the House Republicans are here!  Below is the current appropriations bill, House Bill #275.  I haven’t had time yet to take a deep dive into it yet.  Far too much going on.  I’m running into people I haven’t seen in a while and catching up with the usual suspects.  But I felt it was important, in the face of this budget crisis, to at least get this information out there as soon as possible.

House Bill 269, sponsored by Delaware State Rep. Kim Williams, was introduced today and assigned to the House Education Committee.  The legislation deals with school choice and offers some substantial changes to how Delaware deals with school choice.  This bill is not expected to get a vote tonight and will most likely be looked at in January of 2018.  While I have not fully read the bill, I did take a cursory glance and I like a lot of aspects to it. 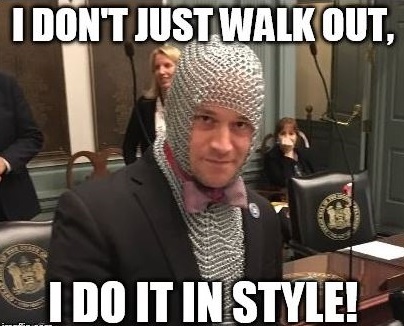 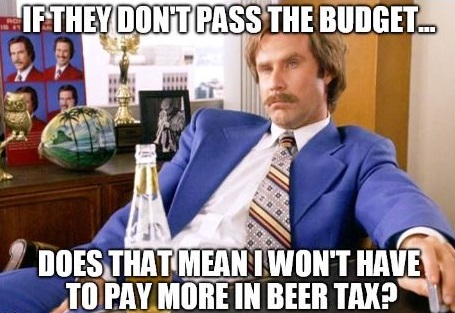 Sometimes one person can put it all in perspective in such an easy and common sense way.  Today, that person is Steve Newton.  On Facebook, he posted the below in response to a post I put up.  Things are getting very heated on social media today and tonight it will only get worse.  Everyone is freaking out over this budget, especially state workers.  The article I put up yesterday about a 2% cut for state workers and increases in their insurance premiums is not a definite, but it has been brought up.  Some on social media are saying they never heard this but they also aren’t at Legislative Hall to know for sure.  I heard this from a few sources.  Before I get to the heart of Steve’s post, there was a brief discussion before that about prevailing wage.

Other person: We live in a global society. Monies are transferred all over the place all the time. We cannot expect that money spent by us here will remain here. What we need is for additional money to come back to us. We need to make Delaware some place people will come to spend THEIR money. Or, wait, is the actual problem we are all living in such austere times that no one has any money to spend at all? This nation needs to stop shrugging like Atlas and embrace the progressive core of Democratic Socialism.

Steve Newton: I appreciate that sentiment, but it doesn’t actually answer my question. Much of the work that is done here on school construction is done by companies that hale far from here. We spend a lot of time discussing returns on the investments, and I’ve personally spent time arguing that we shouldn’t be paying out corporate incentives to bring jobs to DE when, even when they employ people, those people often don’t live or work here. There’s an argument to be made on both sides here, but I have not seen it made with numbers. I’m also curious about the calculation of the prevailing wage–I know it’s based from a Federal number, but is it modified to reflect regional variations in cost of living, and–most importantly–is it recalculated on a regular basis according to some reliable metric? In other words, are we paying the same prevailing wage in Delaware that is paid in, say, San Francisco, where the cost of living is five times higher?

One possible answer is to require companies that accept prevailing wage contracts in Delaware to use a specified percentage of local hires for the work. This is (ironically) what rock and country bands do with musicians and road crews in the big concerts.

IF the point of the prevailing wage is to better the lives of the workers, and IF we are investing DE tax money to do that, it makes far more sense to me to have measures in place that insure that at least some of those DE tax dollars are in fact being used to better the lives of DE citizens. Again, there is an argument to be made on both sides, but I want to see the argument made with the numbers actually on the table, and so far I have seen no one–neither GOPers nor Dems–do this.

Other person: If the schools are using non-Delaware companies for construction, it stands to reason that it’s because the State requires it. I’ve not encountered too many times in my 16 years where the State didn’t restrict or flat-out dictate exactly what companies schools could use for what goods or services.

Steve Newton: OK but here’s the deal–you are advocating that as a point of principle towards solidarity with working people we keep the prevailing wage–even though that benefit may not be going to DE families. At the same time, “cost-cutting” measures in health care that the GA has already agreed upon with reduce our family’s salary by $5,000 next year, cause us as a married couple to pay MORE for health insurance than if we got a divorce and bought two separate policies, and they’re mooting a 2% pay cut on top of that. I do have a problem drawing a line in the sand over prevailing wage AFTER they’ve already thrown me and my family to the lions.

Where were the Democrats who are closing ranks over Prevailing Wage when it came to protecting State workers? Our pay and benefits were put on the table before there was even any discussion.

This caused Steve to write a very long reply on the thread:

Here’s the other elephant (pun intended) in the room: the GOP is right on some of this–for the wrong reasons. There remains massive structural fat in the State budget that could be eliminated with political will. Instead of massive increases in prison guards, we could legalize pot AND release all non-violent drug into prison AND eliminate prison sentences for non-violent possession in all drug crimes … thus reducing costs (incarceration 1 year=$37k; treatment 1 year=$9K) for more than 6-8,000 non-violent drug offenders in DE prisons. Reduce the prison population by 6-8,000 and there goes overcrowding and we can look at guard deployment again.

There are whole offices at DE DOE to be either eliminated or consolidated–I could cut 25% or more from that budget with a pen in an afternoon.

We have no compelling need for a Secretary of Homeland Security AND a commandant of the DSP–merge the offices, save millions. While we are at it, hand back coastal enforcement to the Coast Guard and get rid of the DSP Navy; then slash the “grey” budget for DIAC in Dover which has a greater record of violating civil rights than solving crimes.

We’ve had a massive influx from private schools to charters, so isn’t it time to stop paying transportation allowances, drivers’ ed money, and the salaries of school nurses for private schools while we are slowly eliminating funds to transport homeless kids to school? Extend school bus life to at least sixteen years or for as long as the bus meets safety and reliability standards and quit auctioning them off for pennies to private schools (this is how they get their bus fleets).

You want cheap in public education? Unfortunately, you can’t have “cheap,” “choice,” “charter,” and “effective” all at the same time. You want 3-5 school districts in Delaware? Fine–then require ALL charters to be approved by the geographical district, and require them to use consolidated transportation, food service, and data processing assets to qualify for any State money.

There is structural fat aplenty in the State budget, but precious little will to actually grapple with it. Everybody talks about health insurance costs, but take a look at the processing contracts we’ve handed out to Highmark for both Medicaid and Medicare–there are actually local Delaware companies that could do the same job for 30% less–and that money would stay in Delaware and pay wages to DE employees–which Highmark does not.

So everybody please do me a favor and quit pretending that only one side got us into this mess. “Delaware Way” politicians of both parties have been kicking this particular can as hard as they could. Both sides have signed off, again and again, on massive corporate giveaways that haven’t panned out (Fisker, Bloom Energy) or have been nothing more than embarrassing bribes to banks and financial companies.

I’ve already lost this argument. No matter what happens in the next few days or weeks, our politicians have already cut my salary, reduced my benefits, slashed my home mortgage deduction, put my grandson in larger classes, and guaranteed that my roads will continue to be full of potholes, while continuing to transfer huge amounts of public dollars into private hands via a whole variety of corporate dodges no matter who “wins.”

Shaking his head he leaves the room …

J was officially expelled from the Smyrna School District on September 21st, 2016.  But his mother was not giving up without a fight.  She told the administration this very thing at the discipline hearing two weeks before this.  So it wasn’t a shock when his mother filed an appeal with the State Board of Education.  Something happened soon after that raised serious questions as to the true intent of J’s expulsion. END_OF_DOCUMENT_TOKEN_TO_BE_REPLACED

Last night.  The walkout.  The fury.

I missed it.  I got in my car and drove to Legislative Hall once the Grant-In-Aid bill was introduced and went to committee around 11pm last night.  I arrived at Legislative Hall as the Capital police officer, the same one I see every single time I go there, told me it was over.  He also said “They aren’t happy.”  I went in anyways and got the scoop from Reps. John Kowalko and Andria Bennett. END_OF_DOCUMENT_TOKEN_TO_BE_REPLACED