‘Twas the night before the Primary, and all through the state, not a candidate was sleeping, except Carper the great.

In the Auditors office, resignations were clear, in the hopes that Davies, soon would be there.

The signs were all snuggled, standing tall on the ground, while visions of removals, surely abound.

And McGuiness in her photo-ops, and I on my laptop, had just settled down, please make this crap stop.

When in Dover, there arose such a clatter, a Scott Walker sign broke, what does it matter?

Away to the grass, Kerri Harris in hand, along with Delaware United, which sounds like a band.

The moon on the sign, of one named Chris Johnson, or was it the 5th, for Kendra Johnson?

Be careful what you wish for, DelawareCAN, a funding snafu, or a flash in the pan?

The GOP hopes for, Truono or Arlett, but we all know, they aren’t a safe bet.

Summer’s still here, it will only get hotter, we could soon say goodbye, to one Charles Potter.

Just like the ketchup, we have young Hines, I’ll go with Lockman, who will get long lines.

In the 31st, nary a sailor, some will vote, for the Red Blue Ralph Taylor.

We shall see, I say Sean Lynn, will take home the prize, and another win.

Guillermina should hold on, to her own fastener, cause this one will go, to the one named Taschner.

To take Bushweller’s seat, Hall or King?  You don’t have a dog, which Paradee will bring.

On Davies, on Jennings, on Mullaney, on Cummings, on Guy, on Blumenfeld, on Griffith, on Resto!

Go to the polls, friends and foes, we will soon find out, who stays and who goes!

Remember to vote, it really does matter, make sure it’s for Davies, not the mad hatter! 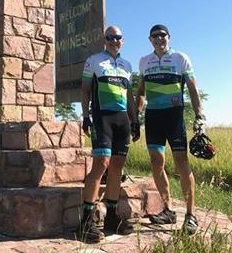 The first photo was taken from Markell’s cross-country bike ride in the Summer of 2017.  Delaware Senator David Sokola, pictured with Markell, accompanied Markell on about half of his journey.  The second picture was satirical in nature on my part, comparing Jack Markell to the even more amazing cross-country biker, Forrest Gump. 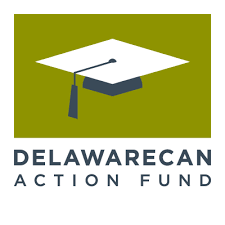 DelawareCAN might be the new kid on the block when it comes to Political Action Committees, but they need to follow the rules when it comes to spending money on candidates or issues that aren’t within the legal limits. END_OF_DOCUMENT_TOKEN_TO_BE_REPLACED

The start of a school year is always going to have issues.  But when those issues could potentially have a health impact on students and staff, citizens are left wondering why these issues aren’t taken care of during the summer months when students are not in the buildings.  For Christina, several schools are having problems with their buildings. END_OF_DOCUMENT_TOKEN_TO_BE_REPLACED