So who is running for the Delaware school boards this year?  We have some incumbents and lots of new faces.  Some of these races are going to be riveting.  But it all means squat unless you actually get out and vote.  Do some homework on the candidates.  It’s your local taxes at play here so it is important.  And for many, it is your children in each district.  Go to the debates if they happen.  And vote!  Congrats to the solo filers.  You won without doing anything more than signing a piece of paper.  For the races, be fair, don’t get anyone to steal signs, and be honest.  Voting goes down on May 12th.  Be there or be square!

At Large: Christine B. Malac

The official filings and contact info can be found at the three county websites below.

Voter turnout was up.  That is a good thing.  I would love to see a massive increase in voter levels for both sides.  Let the people speak!  Some elections turned out pretty close to how I thought they would.  Some were disappointments.  At this point, it is what it is and all eyes are on the General Election.

The biggest upset turned out to be Scott Walker.  Who would have ever thought the wooden-sign guy would actually win a Primary?  Much less, one on the Republican side?  Don’t worry, he will get trounced in the General by Lisa Blunt Rochester.  No doubt in my mind about that.

Predictions and who I want to win are two different things at times.  I will be endorsing for the General Election but I’m still recovering from the Primary.  There will be plenty of time for that.  Some may surprise you!  I do want ALL the candidates to send me their Candidate Message.  Some of the ones I received before the Primary are still good since those candidates won their Primary race.

Like I said the night before the Primary for candidates who lost- don’t give up!  There will always be winners and losers.  Let it be a learning curve for you.

We have some new Senators in our midst here in Delaware.  Congrats to Senators Lockman and Brown.  As well, congrats to new State Reps. Dorsey-Walker, Johnson, and Vanderwende.  I will anxiously await to see all of you in action next January.

The General Election is going to be pivotal to the future of Delaware.  The political picture is going to change no matter what.  It will be up to voters to decide what shape that picture takes. 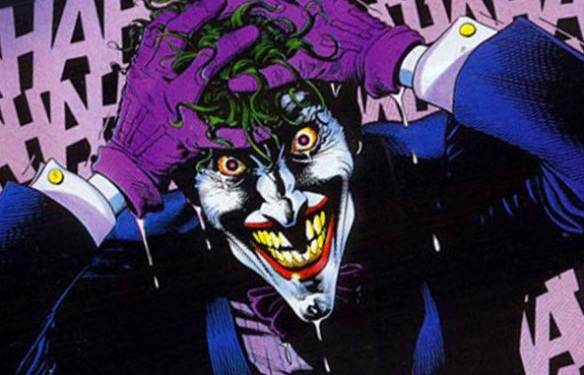 In less than four weeks, Delawareans will hit the polls to vote in the primary election.  Meanwhile, candidates are starting to draw blood from their opponents.  The past week has seen more insanity than I’ve seen in, well, two years!

First off, the whole sign thing… don’t steal, mangle, or draw graffiti on campaign signs.  It is petty and stupid.  Is it really worth getting arrested if you don’t like someone?  If you want to, sure, do it.  But it can’t be worth the time and money.  Write a letter to the editor.  Rant on Facebook.  But don’t mess with campaign signs!  I saw someone’s sign the other day and it looked like it fell.  It was a big sign.  I could have fixed it but instead I called the candidate and let them know.  The last thing I need is a state trooper driving by as I’m trying to fix a sign.  Because it could easily look like I’m messing with it.

Don’t go looking on Delaware Court Connect to find old financial stuff on candidates.  Not everyone is wealthy.  Not everyone is immune to financial hardship in their lives.  And it may not always be accurate.  Or perhaps some disputed something at some point.  I don’t mind candidates having financial issues at some point in their lives.  It shows they understand the issues many Delawareans face!  Delaware State News did this with a candidate in Kent County the other day but when people cried foul they took it down.

In the coming days, you will hear people talking about the 30 day primary campaign finance reports.  These show how much the candidates have raised in donations and how much they have spent.  Some folks automatically assume that those with the most money will win.  That isn’t always the case.  Even if someone has over $100,000 in their war chest, it only means they know how to target people with money.  Money talks but so does qualifications.  I’m talking to you Mrs. Rehoboth!  A guy named Jesus didn’t get to be who he became by getting money from those who have it.  He hung out with the poor and downtrodden.  Now he is a household name!

These are the days where Facebook becomes a war of words.  Screenshots are gold for opponents!  You will see pictures of candidates doing selfies with babies and baby kangaroos!  Any shot of a candidate with another elected official seems to carry some kind of special meaning.  Once again, that doesn’t mean squat.  It means you are good at taking pictures.

Citizens of Delaware- know your candidates!  Seek them out!  Ask them questions!  Don’t believe everything their opponent says.  See their websites or Facebook pages.  But most important, vote on September 6th!  Vote with a clear conscience.  That is your constitutional right.  If they have a forum, go to it.

If you support a candidate, give them as much time and devotion that you have available.  Help them door-knock and canvas.  March with them in a parade.  Engage with them.  For incumbent legislators facing a primary vote, look at their FULL record.

Yesterday, the Delaware State Board of Education declined to even vote on the Wilmington Education Improvement Commission redistricting final plan.  By doing so, they may have violated the letter of the law determined by Senate Bill 122.  They voted unanimously to amend their motion to vote on the plan and kicked the plan back to WEIC.  They are going to draft their questions and concerns and will present this to WEIC prior to the end of January.  The problem with the law comes when they DO vote on the plan.  If it is after January 31st, they have violated the sixty day window for a response from WEIC if they deny the plan because they have to act on it by March 31st, 2016.  The Delaware State Board of Education clearly doesn’t understand the legal process for this plan, even though the Delaware Department of Education has three Deputy Attorney Generals from the Delaware Department of Justice.

They are not sending a letter of denial, they are sending a letter addressing concerns and questions about the plan.  They should have actually voted on the plan as is, and then the sixty day window would have kicked in.  Unless the State Board of Education puts an agenda on the Delaware Public Meeting Calendar seven days prior to a meeting where they will vote on the plan, which would have to be by January 24th, this Sunday, they have violated the law twice: first by not taking action on the plan prior to the sixty-day window, and then by not putting up an agenda for a public meeting seven days prior to the meeting.  WEIC is not obligated in any way whatsoever to honor the State Board of Education’s request for information.  In fact, by allowing the State Board to perform in this illegal fashion, it could land them in violation as well.  The clock is ticking…tick-tock, tick-tock… 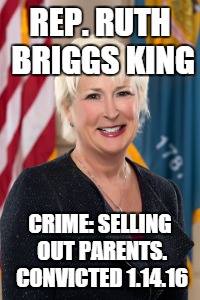 In keeping to my word in my December 29th article, I need to show how one State Representative in Delaware completely went back on her word to me on the House Bill 50 Veto Override.  She can sit there and say she never votes yes on a suspension of rules, but I find that to be completely irrelevant since she plotted behind the scenes with the ridiculous alternatives to House Bill 50.

On January 1st, Rep. Briggs-King responded to my request for support on the veto override, knowing it would be made public.

I supported the original legislation and my position is firm.  I will not waiver

Ruth. Sent from my iPhone

I graciously thanked her for her support:

Thank you very much for your support!  It is much appreciated!  Happy New Year, and I have a funny feeling you will be seeing me lurking around Legislative Hall in the next six months.  Take care,

Not even a week later, she did a complete 180 degree turnaround based on the SAT announcement.  So much for a firm position she would not waiver from…

As you can imagine there has been much activity regarding the override this week. I am pleased with the new Secretary of education as well as the recent announcement of dropping the smarter balance test and using the SAT for juniors

I want you to know I’m considering the options on this potential veto.

Ruth. Sent from my iPhone

Two emails, two different positions, one flip, one result.  Keep in mind Rep. Briggs-King originally said “not voting” on the suspension of rules for House Bill 50 yesterday.  And then, since she is early in the alphabet and upon hearing most of her Republican Housemates voting no, she changed her “not voting” to “no”.  Let us also keep in mind she voted yes for House Bill 50 twice last spring.  She is a serial flipper…

For any opponent choosing to run against Rep. Briggs-King this year, I will gladly forward you the actual email on this.

This one slipped under the radar!  We have six more years of the Heff Show during the State Board of Education monthly meetings.  I have to admit, I have no clue what Heff is talking about half the time.  His voting is very crazy on education issues.  I was shocked when he voted no for Gateway’s renewal.  Delaware legislators, isn’t it past time one of you got a bill going for election of these board members?