In the past week, a light bulb went off in my head.  I’ve been to a lot of education meetings lately.  State Board of Education, ESSA, Special Education Strategic Plan, district board meetings, and so forth.  I’ve seen and met a lot of legislators and candidates.  I’ve seen the old faces and the new.  For the most part, we are all talking about the same thing: problems in education.  Whether it is at a state level or on the ground floor.  At an ESSA meeting, one of the participants at my table was Red Clay Superintendent Dr. Merv Daugherty.

He made a very valid point.  We keep talking about education and how to make it better.  We keep throwing ideas into the mix.  We have meetings and task forces and committees and town halls and strategic plans.  We talk ourselves to death.  We don’t take action and we have gotten away from the basics.  I agree with him.

There have been opportunities to act, but they pass by.  Until the next idea comes along.  I’ve met with parents, teachers, district administrators, board members, the DOE, advocates, disability groups, legislators and regular citizens.  There are deep rifts between everyone.  Hurts.  Things happen.  Perceptions are thrown out of whack.  I have seen two of those groups talk about the exact same topic in separate meetings but the tone and feelings about it are wider than the Pacific Ocean.

As much as I rant about the DOE, I do like that they are having these town halls.  I like that people are coming out to them.  But it’s not enough.  Not nearly enough.  What is confusing me is why different states are taking advantage of different timelines for their draft plans.  For example, Delaware wants to get their plan in by the end of March.  In Florida, they are not submitting their plan until the end of July.  The Delaware DOE wants to have their plan in place by the 2017-2018 school year.  Florida’s wouldn’t fully kick in until 2018-2019.  The Delaware DOE wants to have their first draft done by the end of October.  In 37 days.  While it is a draft and would most likely be amended based on public feedback, I don’t like that short of a time frame.

Is that enough time to heal the rifts between the adults involved in education?  Is that enough time for us to decide, as a state, what is best for students?  No.  I don’t like the idea that we are rushing to get a basic plan done, with public comment to possibly tweak that plan, and then again after the end of the year.  I would much rather see something more solid in the beginning and build from there.  I want a foundation that is grounded in fixing the already existing problems with a definitive action plan and a path forward to fix them.  While some may see ESSA as a grand opportunity to get things right, are we rushing to get certain plans that are representative of the more powerful at the expense of the majority?  I believe we are.  Delaware needs more time.  With the vast amounts of money we spend on education, I would think there could and should be a way to get more voices involved.

When many education bills are submitted in the General Assembly, they are symptomatic of larger things that are broken.  If we don’t fix those bigger things, the small solutions don’t always work.  So, I guess, I’m putting this out there for the Delaware DOE, Secretary Godowsky, and the Governor to think about.  What is the harm in waiting another four months to put forth our ESSA plan?  Yes, it’s another year students may not have something.  And many of those things they need now.  But if we squander a gift of time and having true collaboration, at a state-wide level, to get things right, then all the plans in the world won’t help.  It would also give the General Assembly more of a sense of what this will cost over the five and a half months they are in session.  By submitting the plans by the end of March, it will force the General Assembly to most likely scramble to introduce legislation to make it all fit.  Why not let the General Assembly have until the end of June to do their thing while the rest of us, and I mean ALL of us, do our thing?  I have no doubt the DOE has a very good idea of what they would like to see.  But I don’t think the rest of Delaware feels they have been given enough to do this.  We need more time.

This isn’t a rant against the DOE.  It is a heartfelt plea to all involved in education to use the time we could have.  We need to come together, for the kids. 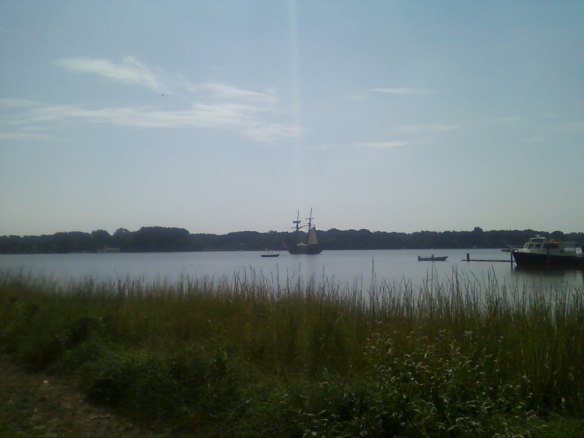 Yesterday, I was driving back from dropping my son off at school.  Many travel routes in Northern Delaware were congested due to a truck flipping over and dumping copper pennies all over I-95 in Delaware.  This caused havoc with traffic for the next 18 hours.  I drove down 301 South.  As I drove near an exit for Chestertown, MD, I made a decision to take some time for myself.  I visited Chestertown many years ago in one of those odd moments in my life that didn’t make sense until later. 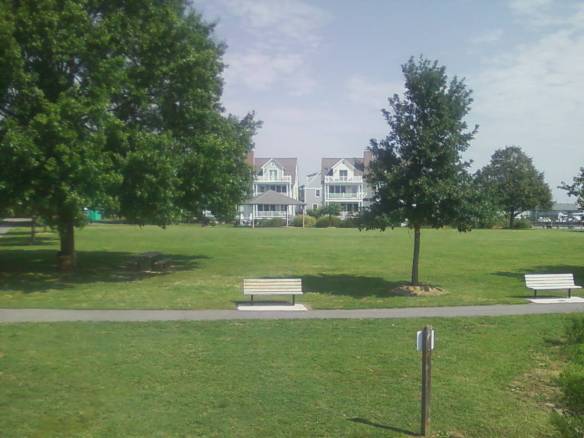 My wife would be picking up my son from school so I knew I had some time to kill.  I decided to drive down to the part of Chestertown where the Chester River winds pass.  I needed time to myself.  Away from Delaware.  Away from the craziness of it all.  Away from the DOE, the charters, the districts, the campaign signs, the legislators, all of it.  A chance to recharge my batteries.  I already know upcoming things I will be writing about.  Things that will be vastly different from anything I’ve written before.  I’m scared and excited at the same time.  It will be a radical shift. 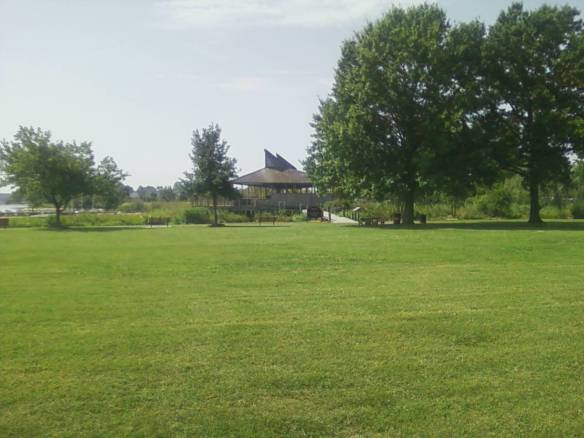 As I walked to the Pavillion overlooking the river, I noticed how quiet it was.  It was almost majestic.  I just stood there, enjoying the silence.  It looked exactly the same as it did years ago.  Nothing had changed.  But I had.  I don’t take these moments as much as I used to.  I need to.  To keep things in perspective.

I didn’t stay super long, but enough to just calm down and relax.  To see the beauty in this world with fresh new eyes.  To remind myself that no matter what happens, it is still there if you take the time to see it.  I thought of my friend who lost his life in this town 24 years ago.  I thought of my mom who passed a few years ago.  I thought about 9/11 and the 15th anniversary of that horrific day.  I wasn’t sad.  I was at peace, for the first time in a long time.  I still feel the dead guiding me in ways I can’t explain.  Time is passing by.  Every single day I breathe life.  We all have a purpose no matter what it is.  Once you find out what that purpose is, you need to hold on to it and not let a moment pass you by.  But sometimes, you need to take the time to pause, to slow down.  To appreciate what has come before, what we have now, and the promise of what lies ahead.  It’s time to begin, isn’t it?