Yesterday, comic book creator extraordinaire Stan Lee passed away at the age of 95.

I met Stan Lee once.  It was at the 1992 San Diego Comic-Con.  He was hanging out with Spider-Man and I got to introduce myself and tell him how much a fan I was.  Something he must have heard millions of times in his long career in comic books.  For many, Stan Lee was Marvel.  But for me, Stan was a creator.  Along with Jack Kirby and Steve Ditko, he created characters and storylines that will never be repeated. 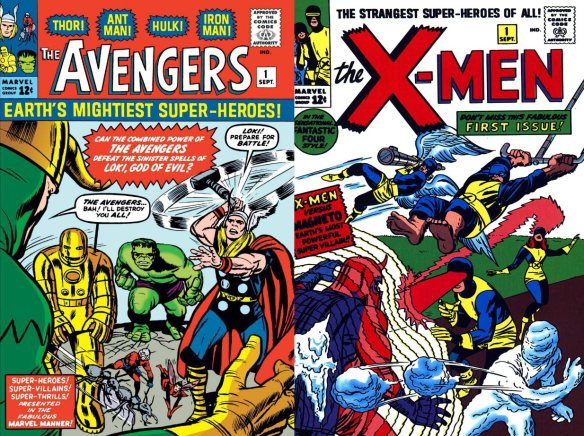 The first time I ever heard of Stan Lee was 1977.  I just began collecting comics.  For me, they were an escape.  My favorite was Spider-Man.  Followed by the Fantastic Four, the Avengers, the X-Men, the Hulk, Iron Man, Thor, Captain America and all the rest.  Stan created all of them.  He was the writer who put the words behind the pictures.

The face of Marvel comics was present in everything you see in the Marvel movies.  For me, he was a presence in my education foundation.  You see, I didn’t read many books as a kid.  I read comics.  Tons of them!  How many kids really got into reading because of Stan’s words?  The number is probably higher than any of us can imagine. 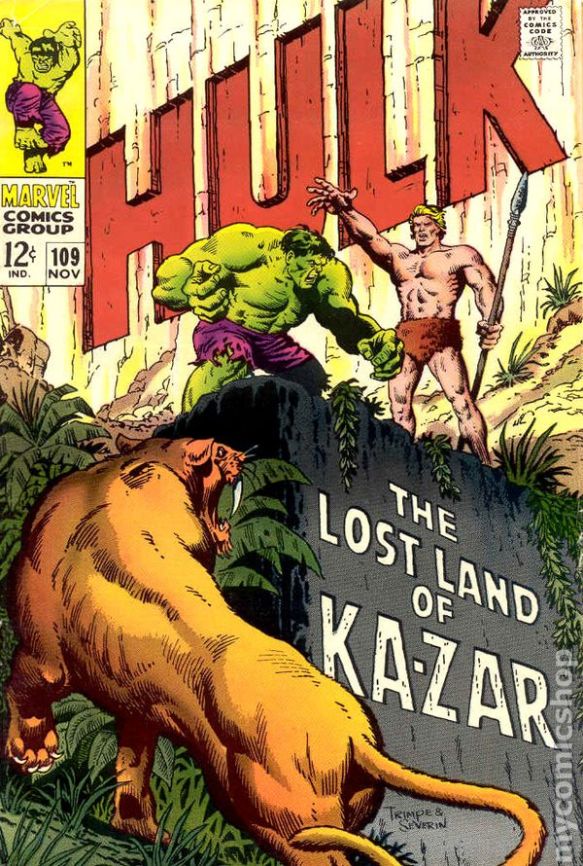 Some of us are visual thinkers.  I know I am.  I see pictures in my minds and words form out of them.  A comic book is the same thing but seen in physical form.  Stan took that already existing format and rewrote the rules.  He created characters that will live long past his 95 year-old life.

Stan wasn’t without controversy in his life.  The artist of many of his creations, Jack Kirby, fought long and hard to get his original art back.  It was something that was never fixed by the time he died in 1994.  Steve Ditko, the artist of The Amazing Spider-Man and Doctor Strange, had a frosty relationship with Stan.  Stan’s finances at the end were a hot mess as vultures took advantage of him.

I choose to remember the Stan Lee who kept fans guessing for 25 issues on the identity of the Green Goblin.  The guy who created the concept of mutants and tackled issues of discrimination.  The man who said screw it to the Comics Code Authority, the authoritarian censorship association, and showed the very real results of drug use in Amazing Spider-Man #96-98.  The writer who wasn’t afraid to create African-American characters, like the Black Panther.  The creator who turned the team concept into something to be modeled for generations to come in the form of the Fantastic Four, the Avengers, and the X-Men.  Stan even used disabilities as the basis of a character in the form of the blind Daredevil.  For Stan, it wasn’t the costume but the person that was behind the costume.  It was the character that mattered, not the powers.  It was how they used those powers for the common good.  Before Stan, it was the hero first and the person second.

Like I said, my favorite was always Spider-Man.  His Peter Parker was a bullied teenager who never quite fit in.  His tagline of “with great power there must also come great responsibility” showed the inner and constant battle Parker faced on a daily basis.  It is the heart of a hero.  The ironic part is I loathe spiders but Spidey was my favorite.  But I digress.  Spider-Man is the story of every single awkward teenager who just wants to belong and fit in.  I remember buying these paperback reprint editions of Amazing Fantasy #15 and Amazing Spider-Man #1-20.  There were three of them.  I think I still have one of them packed away somewhere.  This was the gold of my childhood.  There was also a trade paperback called “Origins of Marvel Comics” which showcased the first appearances and origins of many of Stan’s creations.  These stories were the foundation of Marvel Comics.

Comic books taught me a lot.  The most important was to always try to do the right thing.  Yes, we fail miserably at that concept in all our lives.  None of us are perfect.  But if that is your cornerstone, your life as a human being will be better for it.  Sometimes the right thing comes at great personal sacrifice.  And it hurts.  But you have to keep going, keep plugging along.  That was Stan Lee’s legacy for me.  Rest in peace Stan.  You are joining all the other comic book greats that passed before you and paving the way for those to come.

If you haven’t heard those exact words before, then you have been victim to one of the greatest butcherings of the past fifty years.

Now this you have heard.

in 1962, Stan Lee and Steve Ditko introduced the world to the Amazing Spider-Man.  We all know the story.  Peter Parker gets bit by a radioactive spider which gave him the proportionate strength of a spider.  An orphan who lived with his Aunt May and Uncle Ben.  He learned an important lesson very fast when he became a superhero.  At first, he used his powers for fortune and fame.  One night, he failed to stop a robber.  The same burglar later attempted to rob his house and shot and killed his uncle.  When Peter, dressed up as Spider-Man, finally confronted the burglar, he saw the same face he failed to stop.  As he walked off into the night, he remembered what his Uncle Ben always told him, “With great power must also come great responsibility.”

This is the problem with the Delaware State Board of Education.  The initial phrase Stan Lee provided to readers shows that just because you have power doesn’t mean you already possess an inherent sense of responsibility.  That is something you have to develop and learn.  The rewording of the classic phrase, which appeared in the 2002 Spider-Man movie, changes the concept of the phrase.  As if power and responsibility are there from the start.  As Delaware plows into the upcoming Every Student Succeeds Act regulations, this will become very important.  I don’t feel our State Board has developed the responsibility that comes with their power.  In fact, they want to hijack this term in their meetings about the Every Student Succeeds Act.

Many of the decisions they have made since 2008 have not been in the best and long-term interest of children.  They embraced the corporate education reform movement and haven’t looked back.  They continue to listen to the Rodel Foundation more than the teachers, students and parents who are their primary stakeholders.  As a result, they have allowed an environment of false labels against schools, demeaned teachers, created a false illusion of praise for rushed teacher and leader programs, subjected our students to three different high-stakes tests that have not created improvement for anyone, manipulated legislators into believing their mantras, approved charter schools without any consistent or necessary follow-up to ensure they will be successful upon opening, revoked five charter schools, and nearly destroyed a generation of students.  They will never take responsibility for these actions or events or even state they had anything to do with it.  They will sit there and say most of these events were based on federal mandate or existing state law.

They have an opportunity now to change that.  With the Every Student Succeeds Act, the law states that the United States Department of Education cannot dictate what type of state standard any state chooses to have.  It also deals with parent opt out of state assessments as a state’s decision.  However, U.S. Secretary of Education John King seems to have some comprehension issues as the regulations coming out of the U.S. DOE contradict what the law states.  Granted, the law is a confusing mess and there are parts that contradict each other.  King knows this and he is taking FULL advantage of it.  King will, in all likelihood, be gone by January next year, but he will be able to approve regulations and state plans based on forced dictates from his office.  That is NOT responsibility either.  That is power run amok.

As our State Board of Education prepares to deal with these regulations, they are having a workshop on ESSA before their regular State Board of Education meeting on July 21st.  They will go over what many of the corporate education reform companies are translating the law into along with King’s regulations and accepting it as the Gospel truth.  This is a critical time for Delaware education.  A wrong move by our State Board and Delaware DOE will leave us in the same problems we have faced since No Child Left Behind came into law fifteen years ago.  If you read the below presentation, you can clearly see their interpretation of the law based on the regulations and what the education companies want.  Keep in mind, many of these “companies” have never taught in a classroom.  But they have a vested interest in education.  Actually, make that an invested interest in education.

There are others who have power in education: parents, teachers, administrators, unions, and even students.  I urge all of you to watch our State Board of Education and the Delaware DOE like a hawk.  Yes, it’s the summer and in a couple of months kids will be back in schools with all the business surrounding that.  This is why they are choosing now to push regulations through when parents aren’t paying attention.  Those who want to profit off education are already on this.  They helped to create ESSA.  They have power but no responsibility.  They will control education if we let them.  And our own Governor, Jack Markell, has been the largest cheerleaders for this movement.  Power, with no responsibility, or even accountability.

We need parents, teachers, administrators, and students to take a role in this.  Don’t rely on me as a mouthpiece.  I’m a hot-tempered judgmental and pissed-off dad who has already been through many wars over this stuff.  I will continue to fight the war, but I could hit by a truck tomorrow.  Even if you are busy, you need to make the time to attend any meeting about ESSA in Delaware.  You need to review what our state is proposing, carefully watch the public comment timeframes, and make your voice known.  As well, contact your state legislators and Congressmen.  Let them know how you feel.  We have the opportunity and means to take back our children’s education.  But not if we don’t become a part of it.  This is our power.  This is our responsibility.  We have to use our power and become responsible.  If you are relying on our policymakers and unelected State Board of Education to get it right, then you have already allowed them to shape education into what they want.  They want to control the conversation and trick us.  They are masters at it.  They will smile and invite you to their events and give you real yummy eclairs and make you feel special and wanted.  But they don’t want you, they want your child.  Make no mistake about it.

To add insult to injury, Delaware is embarking on a “regulatory review”.  So not only do we have federal education regulations under review, but also a statewide regulatory review which could easily cause mass confusion.  I believe this is very intentional.  So if you are reading up on regulations, make absolutely sure you know which ones are state and which ones are federal.

If you want to change the future, you have to act now.  Don’t wait until it’s too late.  I will do my best to inform you and give crucial dates and timeframes, but make sure you also do this.