Last night, I posted a series of memes on Facebook.  I also put them on Twitter.  I do recognize that some folks don’t participate in social media, so for those 21st Century hold-outs, here they are. 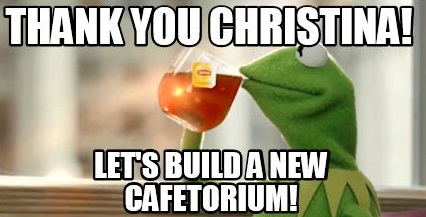 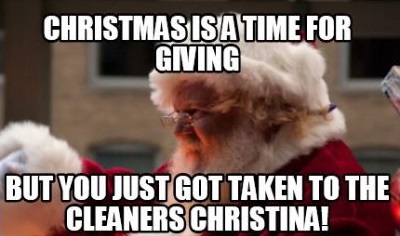 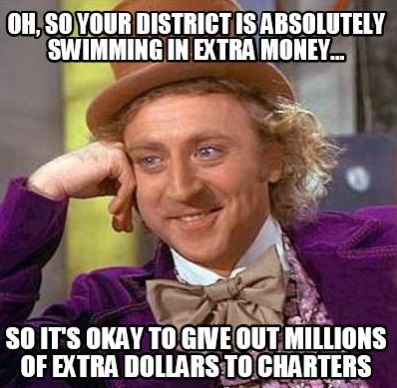 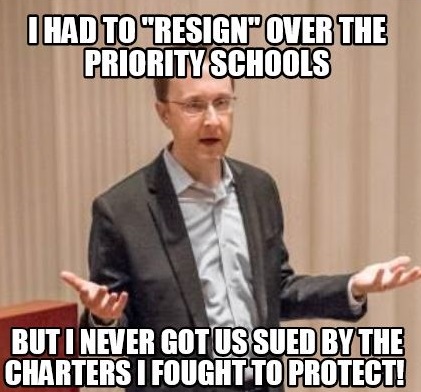 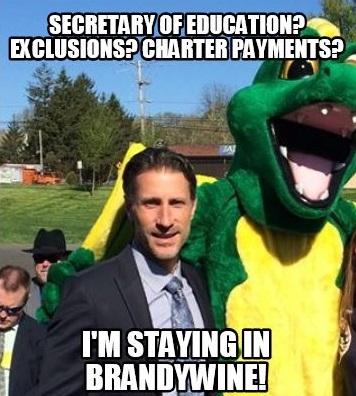 In their haste to get the settlement out, did Governor Markell’s office actually blow the whole thing?

Governor Markell’s office let the settlement between the 15 charter schools and Christina School District get out to the public before all parties signed the document.  Markell’s Chief Legal Counsel, Meredith Tweedie, sent an email to State Representative Paul Baumbach yesterday according to Christina School District board member John Young.  Young posted the following on Facebook this morning:

If you needed any proof that the Charter lawsuit against Christina (not against the Governor’s office) wasn’t a shakedown, ask your self this: Why is the Governor’s office, a non-party, disseminating the not-yet-final settlement to legislators before the actual parties that signed it? They are clearly invested in this, and it comes off rotten. Here’s the email (you can see the document on Delaware Liberal):

Attached is a copy of the signed Settlement Agreement (actually two copies, but it’s the same document with different signature counter-parts). This will be fully “final” when all of the Charter signatures are acquired, which we anticipate will occur early next week.

If you have any questions, please feel free to call or email me. Otherwise, have a great weekend.

When Christina approved the settlement at their board meeting on 12/1/16, the motion included that the settlement would not be made public until it was final.  No legal settlement is final until ALL parties have signed.  In the settlement on Delaware Liberal the  parents representing the minor children had not signed and two of the charter schools didn’t either.  Even if they publicly stated they would approve the settlement this does not translate to the settlement being final.  Presumed approval is not the same as final approval.  Since this leak from Markell’s office broke the condition of the Christina board’s approval of the settlement, does that render the settlement null and void?

Why would Jack Markell’s office leak a legal settlement that had already caused a great deal of controversy in the state to begin with?  To what purpose?  Why was the Governor’s office even in possession of this document to begin with before all parties signed on?  And even some of those signatures are suspicious based on their authorization in some of those schools.  Last night, Delaware Liberal posted the entire settlement.  I knew this wasn’t leaked from the Christina board because it had the other signatures on it which would not have been on it before or even immediately after  Christina’s board meeting.

According to the above email from Tweedie, there were two attachments, one for Christina and one for the DOE.  What were the stipulations in the DOE settlement?

Markell and Christina… this chapter needs to close fast.  Watching Markell support Christina’s referendum in a video last Spring was like watching a root canal.  The man obviously has no love for the district which spread to his puppets in the DOE during his administration.  Should a Governor target an entire school district?  It almost seems personal for him.  Certain legislators who chair certain education committees in the General Assembly don’t really hide it either.  They are transparent as Saran wrap.  Will Carney carry on this very obvious disdain?  I certainly hope not.  It has been very damaging not only to Christina but the entire education system in the state.