Penny Schwinn, the former Chief of Accountability at the Delaware Department of Education, is looking for a job in Massachusetts after a very controversial no-bid contract in Texas dealing with special education put her in the hot seat. 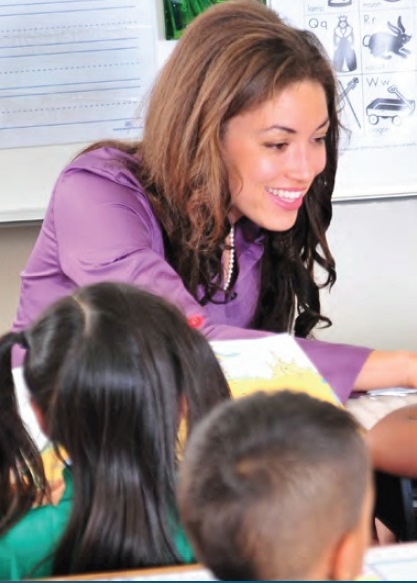 Schwinn serves as the Texas Education Association’s Deputy Commissioner of Academics.  The Texas tribune reported in December that the TEA’s no-bid contract with SPEDx that cost the Lonestar State $2.2 million dollars.  The purpose of the work done by SPEDx was to collect a huge amount of data on students with disabilities in the state.  Advocates screamed foul and the contract ended.  It also caused Texas to take a close look at no-bid contracts dealing with education.  In Delaware, any contract over $50,000 must go out for bid.  In Texas, it is $15,000.  But Schwinn was instrumental in getting the contract.  Now she is looking to leave Texas less than two years since she got the job, something an overwhelming amount of readers on this blog predicted.

In a pump and dump statement by the Education Commissioner’s office, they said the following:

In a statement Tuesday, TEA spokesperson DeEtta Culbertson said that Texas Education Commissioner Mike Morath was aware Schwinn was being considered for the Massachusetts job and that Schwinn’s “professional background and leadership reflects a distinguished career committed to schoolchildren.”

“Penny Schwinn continues to do an outstanding job at the Texas Education Agency and would be a tremendous leader for the state of Massachusetts,” Culbertson said.

The survivors of Hurricane Schwinn in Delaware feel for Texans.  Schwinn came to Delaware in the Spring of 2014.  Right from the get-go, she caused controversy.  At a State Board of Education meeting, during a discussion about crime and violence affecting students in Wilmington, Schwinn said that wasn’t “necessarily a hurdle to overcome”.  After that, she embarked on a crazy Priority Schools agenda involving schools in the Christina and Red Clay Consolidated school districts.  The plans called for new leaders and firing half the staff in their buildings.  After teachers, parents, and advocates screamed bloody murder, the plans changed drastically.  The promised state funding for the plan was not what was originally promised.  Many feel that fiasco led to former Delaware Secretary of Education Mark Murphy “resigning” from his post.  In 2015, she led the horrible school report card creation which penalized schools for opt out numbers higher than 5%.  Eventually, the Every Student Succeeds Act took care of that travesty.  But by then, Schwinn flew off to Texas.

The ex-Broad fellows and Teach For America alumni continue to spread their not-so-magical woes from state to state.  They leave their mark, do some damage, and leave when the going gets rough.  And the cycle never ends.  I hope Massachusetts doesn’t make the same mistakes Delaware and Texas did.  Does Penny still own that charter school out in California?

For folks in Texas or Massachusetts who want to read more about Schwinn’s time in Delaware, please go here.

Delaware Attorney General Matt Denn, along with the AGs from Massachusetts and New Mexico, filed an amicus brief for the upcoming special education case which will be heard by the United States Supreme Court.  The Endrew F. v Douglas County School District is a case which can change the face of special education.  But what about my kid right here in Delaware Matt Denn?  The one who was kicked out of a special education program at a Delaware private school last Friday with no due process, no advance notification to the parents about the true purpose of the meeting, and no chance for my son’s voice to be heard?

For the most part, I like Matt Denn.  I think he can be an excellent advocate for students with disabilities.  But sadly, what he wants and what we have in Delaware are two very different things.  I wish Denn could help my own son the way he is helping this child in Colorado.  I understand the implications of this case and what it can do for special education if they rule in favor of the student.  That would be a very good thing.  But there are far too many students here in Delaware that are now suffering with special education.  My own son Jacob included.  If Delaware’s special education is supposed to be so great, why isn’t it Matt?  We both know the answer to that.  But why should my kid have to go through all venues of education in this state and still not have schools understand his needs?  Charter, district, private school, private school homeschool-coop program.  None have worked Matt.  None.  They may be great at other things, but they have all failed my son.  As one father to another father, I’m asking you to do something here, in Delaware.  In your state.  Not later, not down the road, but now.  I don’t know if I can get my son back on track.  There has been so much damage done to him.  By adults who think power is more important than what is right.  Maybe you don’t know what it’s like to watch your own child’s spirit break time and time again.  I truly hope you don’t.  But I’m just one of many parents who has to pick up the pieces of a child’s shattered life again and again while the system fails him time and time again.  It doesn’t matter what kind of school it is.  I don’t care about all this fancy legal stuff.  I just want consistency and best practices with my son, with all the special needs kids in this state.  We are destroying lives here Matt.  What are you going to do about that?

Delaware Attorney General Matt Denn, joined by the Attorneys General of Massachusetts and New Mexico, filed a formal brief Monday with the United States Supreme Court supporting the appeal of a Colorado public school student with disabilities who claims that his school district has not complied with federal law in meeting his educational needs. The brief filed by Delaware urges the United States Supreme Court to adopt a higher national standard for the services that U.S. schools must provide, and articulates that the standard reflected in Delaware state law, rather than the lower standard used in Colorado and many other states, is the proper standard to measure the provision of such services.

The brief was written by Delaware State Solicitor Aaron Goldstein and Deputy Attorneys General Patricia Davis and Laura Makransky. The brief states that the three Attorneys General “implore this Court to find that the highest level of educational benefit for children with disabilities currently recognized by federal courts of appeal is the correct level for all of the nation’s children with disabilities in order to ensure that the [Individuals with Disabilities Education Act]’s ideals of equality of opportunity, full participation, independent living, and economic self-sufficiency are fulfilled.”

Well, this is mighty interesting.  Marie-Anne Aghazadian, the former Executive Director for the Parent Information Center of Delaware from 1989-2014, a former member of the Governor’s Advisory Council for Exceptional Citizens, and the founding President of the Delaware Autism Program, wrote a comment on an article I published over a year ago about the introduction of Senate Bill 92.

I, too, find it highly suspicious that Paul Herdman is now interested in improving special education. A group of students he had disdained for years. But then things have been rather quiet for Rodel since the demise of the RTT grant and the unsuccessful Mark Murphy reign.

And what better way to get into the fray again than to suggest interest in special education. Really?

I have found that Matt Korobkin (with whom I have worked on the Autism Advancement Package aka SB92/93), although well-intentioned, has indeed little spec. ed. background and seems to be pushing Delaware to replicate the education collaborative model prevalent in Massachusetts and other states.

Until society values students with disabilities as much as their AP students and is willing to pay forward to ensure their success as productive and self-sufficient adults, we will continue to waste time, money and children’s lives on costly, trivial pursuits such as studies and lawsuits brought on by legitimately frustrated parents.

Aghazadian raised several talking points.  Why is Rodel, in the past couple of years, dabbling in special education.  Dr. Paul Herdman, the Executive Director of the Rodel Foundation of Delaware, did teach special education once upon a time.  But the policies Rodel pushed over the past ten years seem to be special education killers and not helpers.  I agree 100% with what she wrote.  I would love to chat more with her about all of this as she seems to know the history and education of Delaware education better than most based on her vast history in the system.

This is what we need more of: those in a position to speak out and actually doing it!  Nothing will change if more people don’t speak up.  Use your voice.  You have it for a reason!

Delaware charters have become well known for being very bad at accommodating children with special needs.  It’s not all of them, but the bulk of them have a very hard time giving children what is required by federal law.  Recently, Kendall Massett, the executive director for the Delaware Charter School Network, wrote an article on a Delaware blog asking parents to tell why charters are so great.  To get the word out about why parents should choice their children to charters.  She also talked about how her organization wants to get more charters in Delaware’s other two counties, Kent and Sussex.  No thank you, Kendall.  We have more than enough.  Until your “great” charters fully follow the law, I don’t want to hear about MORE charters in Delaware.

To be fair though, I decided to see if this is just a Delaware issue.  It’s not.  It’s all over the country.  New York, Texas, Florida, Louisiana, and more.  I went through different search sites, and found an overwhelming amount of links.  All I put in was “charter schools not accommodating special needs”, and they appeared.  I’m going to put several links up, and I encourage every special needs parent and non-special needs parent around the country to pass the word around about America’s charter schools!

Included in these articles are special education issues, as well as numerous other tactics and illegal activities America’s charter schools have accomplished in their 18 year existence.  Well done charters!