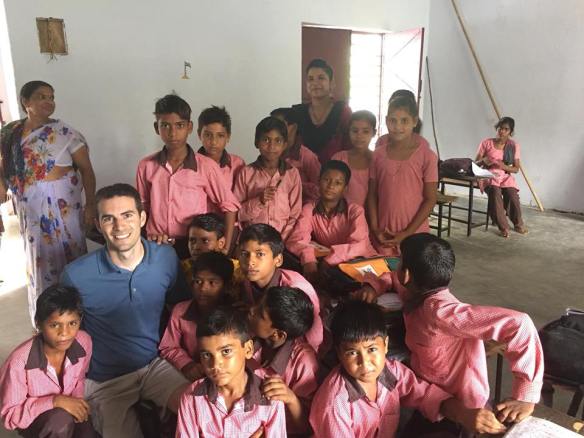 Kenny Rivera, an Assistant Principal at Brandywine High School, recently embarked on an incredible journey to India to explore different schools and systems in education.  I interviewed Kenny this week.  While he was in India, I saw his Facebook posts filled with pictures of schools and students.  Kenny has graciously allowed me to use those pictures in this article. END_OF_DOCUMENT_TOKEN_TO_BE_REPLACED

Teach For America, the University of Delaware, and Supporting School Success just began contracts with the Delaware Department of Education for their teacher-leader preparation programs.  The contract began June 1st.  It could just be me, but I see something inherently wrong with using Teach For America to shape the future leaders of education.  If I understand these programs right, the teachers will be out of the classroom a lot, so schools will have to get substitute teachers.

Teach For America is getting $125,000 for their work on this contract, along with the University of Delaware.  The FLEX program, operated by Supporting School Success, is only getting $50,000 for eleven months of work.  Reading state contracts is like reading hieroglyphics, but I can’t really understand why the Teach For America contract is a five-year program that runs out in a year.  Maybe I’m misreading something, but who pays for this after a year?  The district or charter school?  Would those payments go to Teach For America?  Cause I’m pretty sure applicants for these programs have to apply through the Delaware Department of Education unless I’m thinking of some other teacher leader program.  Are districts okay with getting invoices from Teach For America after a year?  If someone could explain all this to me, please let me know.  I’m not sure which program has this, but I did attend a Capital board meeting a few months back where the board approved a couple of schools to take part in this program.  The district explained funds would come out of grants.  Whether those are federal or state, I’m not sure.  But in the end, we all pay for it!

This contract with Teach For America was actually very controversial about ten months ago, but the Professional Standards Board and State Board of Education eventually approved the application.

In the meantime, the contracts for each of the programs are below: 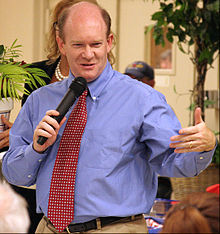 As if his https://exceptionaldelaware.wordpress.com/2016/02/03/us-senator-chris-coons-sure-does-love-teach-for-america/ wasn’t bad enough, now US Senator Chris Coons (DE) has to issue a full-blown press release about his Teach For America award.  When is he up for re-election?  Delawareans have had enough of this political bias for charter schools and Teach For America.  Why do we keep reelecting these people???  Enough already!

Wilmington, DE – U.S. Senator Chris Coons was presented with the Teach For America Congressional Champion Award for his continued efforts to expand educational opportunities for students in Delaware and across the nation. Sen. Coons is one of 12 members of Congress to be honored by Teach For America CEO Elisa Villanueva Beard and founder Wendy Kopp at a luncheon on Wednesday, February 3 at the Capitol Complex.

“I have been proud to support TFA’s work to ensure that all students have access to a quality education, regardless of their background,” said Senator Coons. “Teach For America works to give every child the chance to succeed by harnessing our nation’s most promising leaders and striving to strengthen educational excellence and equity. I would like to thank TFA CEO Elisa Villanueva Beard and founder Wendy Kopp for their vision and leadership of Teach For America, as well as TFA Delaware’s Executive Director, Laurisa Schutt for her hard work across the state. I look forward to offering my continued support to this important organization.”

Coons was selected for his unwavering support for Teach For America in Delaware and Washington, D.C.; Coons has been a champion for quality alternative certification programs, competitive grants such as i3 and SEED that enable excellent teacher training and support, and AmeriCorps funding to support those willing to dedicate themselves to serving our most vulnerable populations.

“Our Congressional champions have played an instrumental role in growing Teach For America’s impact in our first 25 years. Their support for critical funding and key policy provisions  has helped expand educational opportunity for children growing up in poverty across the country and inspired thousands of individuals to join the fight for educational equity and excellence,” said Teach For America CEO Elisa Villanueva Beard. “I am thankful for leaders like Coons who are committed to ensuring that all children in this nation have the opportunity to attain an excellent education.”

Teach For America has been a community partner in Delaware since 2009. This year, as Teach For America celebrates its 25th anniversary nationally, the Delaware regional team is excited to launch Lead For Delaware, a new, highly-collaborative, in-house principal certification program that prepares educators statewide to lead high-need schools. Currently, 40 Delaware corps members teach 2,500 local students, and an additional 90 alumni call the state home, working from all sectors to expand opportunities for children growing up in low-income communities.

Last night, the Professional Standards Board, a committee that looks at regulatory matters with educators in Delaware, had their monthly meeting.  Part of this meeting had presentations on two possible new school leadership programs.  The first was by Teach For America and a program called Lead For Delaware.  The second was presented by two educators from Sussex County, a program called Flex (Fostering Leadership Excellence).  This is for pending Regulation #1595- Certification Program for Leaders in Education.

In the past, programs brought forth by Teach For America (TFA) were usually accepted right off the bat with very little argument against it.  Last night this changed dramatically as the Chair of the Professional Standards Board (PSB), Byron Murphy, lambasted Teach For America for their arrogance and slamming of career teachers, as well as their tendency to use teaching as a stepping stone.  Byron Murphy also came down hard on the individual who presented the program, Jeremy Grant-Skinner, who is also the Senior Managing Director of this TFA program. Murphy claimed Grant-Skinner had absolutely no school leadership experience.  When it came time for a motion by the board to vote on the program, not one single member of the Professional Standards Board would enter a motion.

As a result, the Executive Director of the PSB, Chris Kenton, immediately went on to the next presentation and the educators from Sussex presented their FLEX program, and afterwards, the board approved it unanimously.  This is a tidal wave in Delaware of huge proportions.  It used to be a given that any TFA program would be approved, but last night’s decision is showing that perhaps Delaware’s love affair with TFA is coming to an end.  It was widely assumed by the DOE this TFA program would be approved by the PSB, and even TFA’s Executive Director Laurissa Schutt did not attend the meeting.  The Delaware DOE will NOT be happy about this decision.

*This article has been corrected. Chris Kenton did NOT leave the meeting after the first presentation and stayed until the end. My apologies to Mr. Kenton.

Below are the presentations from the PSB meeting last night.  The first two are the TFA project, and the last is the FLEX from the Sussex educators.