I was wondering why Delaware Governor John Carney’s office resent the same media advisory today that they sent on Friday.  I figured there had to be some change to the big shindig tomorrow at Legislative Hall.  And there it was, staring at me like a full moon on a summer night, one addition to the number of attendees: END_OF_DOCUMENT_TOKEN_TO_BE_REPLACED

I just called Jonathan Starkey, Governor Carney’s Communications Director.  I asked him flat-out what Governor Carney is doing about the Susan Bunting situation.  I received silence.  I then advised Starkey we are now seeing 105.9 articles being removed from Google searches and my Facebook post being reported as spam last week.  His official response: “No comment.”

I let Starkey know there would be more coming out and this is just making the Governor look worse.  He thanked me for my call.

Seriously?  Carney better get his head out of the sand and act on this.  We have a sitting Secretary of Education, at a Cabinet level position, with allegations of knowing about widespread financial theft and parent complaints about extremely egregious behavior from Patrick Miller, and Starkey gives me a “no comment”?

I thought about the Facebook spamming and the 105.9 article disappearing from Google.  The fact that it is disappearing shows they do not want it out there.  It isn’t a case of it being untrue and they know it.  They are actively trying to suppress the information and preventing people from seeing it.  In the grand scheme of things, a Delaware Secretary of Education knowing about this stuff isn’t earth-shattering news for America.

This is my hunch: Bunting is just the tip of the iceberg.  It was just last Friday the Delaware Dept. of Justice sentenced a former DOE employee to probation for stealing grant money.  Patrick Miller was doing the same thing.  How rampant is this?  How many education dollars have been stolen over the years?  I believe this is what they don’t want us doing.  They don’t want us knowing they have been powerless to stop it so they ignore it and pray it goes away.  The people of Delaware aren’t idiots.  As I told Starkey, I’m not giving up on this.

If you have ANY information about foul play with Delaware education funds, anywhere, be it a district, charter school, or the DOE, anything, let me know.  I promise confidentiality.  But it is time for the shattered puzzle pieces to come together so we have a clear picture.  As taxpaying citizens, we need to know what is going on.  Enough is enough.  No more.  If they want a war, they just got one.

Wow!  Delaware Governor Carney came out with a press release regarding the recent decision to kill Regulation 225.  In his statement, he actually praises Delaware Secretary of Education Dr. Susan Bunting for her hard work during this public process.  But her hard work in letting Patrick Miller steal money and insult parents in her own district is okay to ignore judging by Carney’s non-responsiveness on the issue.  Warning- the following contains wording that is NOT SAFE FOR WORK! END_OF_DOCUMENT_TOKEN_TO_BE_REPLACED 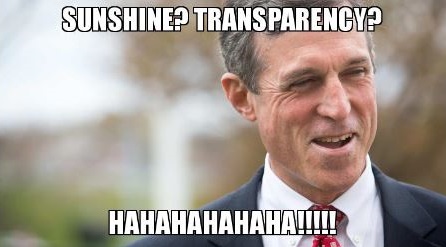 In February, Delaware Governor John Carney brought back the Family Services Cabinet Council through Executive Order #5.  Many in Delaware thought this was a good thing.  But apparently transparency took a backseat to this return.  The group met on Wednesday, April 5th, 2017 in a meeting that was closed to the public and press.  What is the point of this council if it is not able to be seen by the public?

I discovered this when I was looking at the Governor’s public schedule last week.  I also view the Delaware Public Meetings Calendar and did not see this on there.  I would have attended this meeting had it been made public but I never had the chance.

For a council that is responsible for recommendations for so many issues in Delaware, I am shocked they wouldn’t let the public in on it.  To that end, I emailed Governor Carney’s staff about this gross oversight on April 6th.  Over a week later and NO response.

This is the kind of crap I would expect from former Delaware Governor Jack Markell.  I truly hoped Governor Carney would be different.  But I am not seeing that marriage between the state and the public.  Especially with a council as important as this one.  So what are the areas this council covers that Carney doesn’t want the public to hear conversation about? 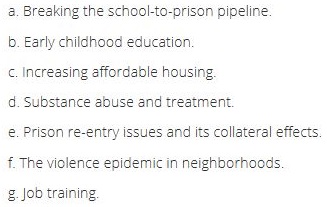 If this council isn’t open to the public will we ever see any minutes from their meetings?  Attendance?  Who else is invited?  What they are even doing?  I urge Governor Carney to answer these questions and make this council open to the public.  Delaware got an F for transparency and came in 49th out of 50 states in an evaluation of public transparency at the end of 2015.  That should have ended on January 17th, 2017, the day Governor Carney swore his oath of office and promised the citizens of Delaware he would listen to the people.  I expect more from you Governor Carney!

For those who have been following this blog the past few years, I have written many articles about the eventual goals of the corporate education reformers and this council seems to be moving things along in that direction.  Especially when it comes to strengthening the “public-private partnerships”.

The mission of the Council shall be to design and implement new service alternatives for school and community-based family-centered services, and otherwise act as a catalyst for public-private partnerships to reduce service fragmentation and make it easier for families to get supportive services.

In a nutshell, this is inviting non-profits into our schools.  While some may see this as a step in the right direction, I am hesitant to think this is the cure for what ails the youth of Delaware.  Every single time a company, whether it is for-profit or non-profit, comes into our schools, it is siphoning money away from students and into the more than welcoming hands of corporations.  With that comes bad education policy because the corporations only make money off education if there is something to fix.  The measurement of what needs to be “fixed” is the standardized test, currently the Smarter Balanced Assessment in Delaware.  If there is one thing we have learned in Delaware it is the Smarter Balanced Assessment is very flawed and their consortium is extremely non-transparent and secretive.

Carney was also instrumental in getting the whole Blockchain thing going in Delaware.  If you want your children to morph into drones in the Common Core/personalized learning/digital tech/stealth testing/digital badge environment than please ignore this article.

Jonathan Starkey with The News Journal wrote an article on Friday about Governor Markell’s latest popularity poll.  Jack Markell, in a poll of a whopping 568 people, had a 61% approval rating.  25% of those polled did not approve of the Governor and his actions.  Since when, in a state of over 935,000 people according to 2014 census figures, does .6% of the population warrant an approval rating for a politician?  I’m sure some stats person will come on here and say “That is actually a very good number to poll”.  Sorry.  This is why polls can be very misleading.  I do polls on here somewhat often, but I know they are biased towards the views of many of my readers.  I would never hold them as a true measurement or barometer on any issue or person.

When lawmakers return to Dover in January, they will face a budget gap of more than $100 million and could move quickly take a vote to override Markell’s veto of legislation allowing parents to opt their children out of standardized testing in public schools. Despite that political turbulence, Markell has remained in favor with voters.

I have a very hard time believing this.  While I know this is a “blue” state, many Democrats can’t stand Markell and his arrogance.  Do a real poll, with 10% of the state, and we shall see how “popular” Jack Markell really is in Delaware.

The legislators know Race To The Top is kaput.  So why keep existing programs?  This was their response according to Jonathan Starkey with the Delaware News Journal.  Out of the $7.5 million extra Governor Markell put in the budget, only $3.75 million is left.  So what got the axe?  10 high-paid positions at the DOE.  Less funding for data analysis, recruitment costs, and teacher prep initiatives.  While I hate to see anyone lose their job, the Delaware Department of Education has become a bloated beast in the past seven years.  While I would like to see the whole $7.5 million cut, the Joint Finance Committee put a major dent in the DOE’s plans.

Yesterday, on the agenda for the State Board of Education, six new positions in the Department’s Office of Assessment were proposed for data analysis.  One would assume this is to measure and collect data from the Smarter Balanced Assessment.  Here is an effective cost-cutting proposal: opt-out!  Less data, less spending to “data-dive” and find “root cause analysis”.

I’m not sure how this came about, but the other $3.75 million went through to fund teacher prep programs (I guess these are different than the ones they cut?), a student “data portal” for teachers (Big Brother doing his thing), and more funding for the upcoming new science curriculums (funded by many and the scariest of all the education reforms).

This was my favorite quote from the article:

Rep. Joe Miro, R-Pike Creek Valley, said it was “refreshing” to see the 10 positions in the Department of Education eliminated from the budget, but called the remaining funding “extraordinary” and unnecessary.

Please note Markell’s proposed budget didn’t have funding going directly to help schools that are cash poor based on cuts from the last recession that were never restored and pay through the nose for “consultants”, Common Core, and the technology needed to administer the dismal Smarter Balanced Assessment.  God knows our schools need more special education funding.  Christina School District is trying to save jobs and resources while Jack Markell wants to give out more ridiculous salaries to inexperienced DOE employees who would rather play Human Capital than human compassion.