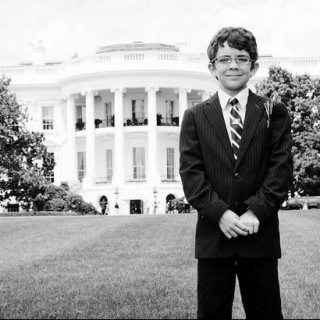 That family is awesome!

Christina Board of Education member John Young, when asked to describe Braeden Mannering, said the above.

I don’t usually write about individual students on here.  But Braeden Mannering is an exception, because he is a very awesome kid!  Braeden and his mom, Christy Mannering, run a foundation called 3B: Brae’s Brown Bags.  Their mission is to provide healthy food for those who can’t afford it.  From the 3B: Brae’s Brown Bags website:

Our mission is to provide healthy snacks to homeless and low-income individuals. Every bag includes a letter from Braeden, contact information for additional services who can provide further assistance. Three healthy snacks (each one is below 180 calories) and a bottle of water.  Our belief is that every person regardless of their financial situation deserves to have access to healthy food. This helps to balance the paradox between obesity and food insecurity.

I first heard about Braeden earlier this year.  All I knew was that he had a business of some sort to feed the homeless.  I had no idea he went to the White House a couple times, met Michele Obama, has won numerous awards, and very recently began appearing in the 2016 Scholastic Almanac For Kids.  His website tells his journey better than I ever could.  So how does a 12 year old boy who attends Gauger-Cobbs Middle School become a Delaware celebrity?

According to an article in CNN earlier this year, Braeden won a contest for the 2013 Healthy Lunchtime Challenge.  His “Tortilla Bowl Deluxe” allowed him to become the winner for Delaware.  After an award dinner at The White House, Braeden made a decision that would change his life.  After seeing a homeless man begging for money in Washington D.C., Braeden came up with an idea.

During the trip home from the White House, Braeden asked his mom if he could give his souvenir money to a group of homeless people. A few days later, he came up with another creative way to pay it forward.

“Braeden was rummaging in the kitchen and emerged with a brown paper bag,” his mom, Christy Mannering, said. “Inside was a water bottle, potato chips, fruit snacks and granola bars. He asked me if we could go back and give it to one of the homeless people.”

Two and a half years later, Braeden is still giving nutritional meals to the less fortunate and the homeless.  Braeden and his mom turned it into a non-profit business called 3B: Brae’s Brown Bags.  As of a week ago, 3B handed out 4,500 brown bags to those who struggle the most in our state.  Brae has been to numerous schools around the state, and even to some other states as well.

I talked to Christy Mannering and asked for her permission to write this article.  She happily accepted.  She described Braeden for me.

Brae has an old soul and a huge heart. He is often asked if he thinks he will be “doing 3B forever” and his answer never changes. He says he hopes he doesn’t have to, because he wants hunger not to be a problem anymore, but that he will keep going as long as it is needed. 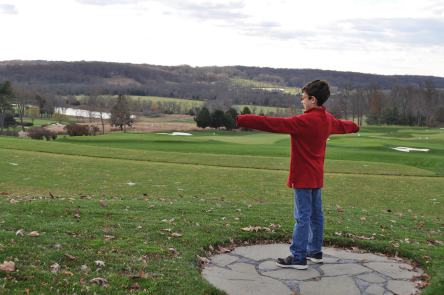 3B is Huge!  He is truly an amazing kid with a big heart.

A year ago, Braeden won a competition called #MazdaDrive4Good.  The sponsors of the contest, NBC Universal and Mazda, donated $30,000 to 3B Brae’s Brown Bags.  As a result, actress Minnie Driver and a film crew came to Braeden’s home in Bear and presented the check and Christmas decorations for Braeden and his family.  He appeared on the Today Show on NBC, his family was invited to the tree lighting at Rockefeller Center in Manhattan, and he was even interviewed by Al Roker!

Braeden described this adventure on his own blog, in an article called Were You Watching NBC Last Week?

You know my Mom told Mr. Adam that one of the best things about all of 3B has been seeing it spread and help others. She says when you throw a pebble into the water the ripples can spread out all the way across a pond, she is humbled to see the ripple effect that 3B is causing and she’s so proud to know that I’m the pebble.

This fall, the pebble spread and Braeden and his mother created the 3B Ripples Student Chapter.  The first Delaware school to join was Kirk Middle School.  The mentor for the project, teacher Jackie Kook, had this to say about Braeden:

Braeden is an inspiration in that he allows others to realize that, no matter our ages or abilities, we can band together to help those in need.  The outreach of his initial brown bag has been tremendous, and we at Kirk Middle School are proud to continue his work and show our community that Kirk Cougars Care!

Braeden doesn’t believe it is his job alone to help those in need.  His outreach to students across the state is something I can only look upon with awe.  He is building community awareness in ways many adults are unable to do.  To speak in front of an audience is a talent learned over time, but this seems to be a natural gift for Braeden.

Braeden’s story is amazing.  I agree with his mother that he is an old soul.  But he is also a new soul.  He is a pre-teen, not even in high school yet, who has a passion for those less fortunate.  It is enough to make a huge difference.  Braeden is a unique soul in Delaware.  He gives and gives and expects nothing in return.  The fact that he can help those who have less is a comfort for him.  I can only imagine feelings of that sort are a part of Braeden’s family dynamic.  In addition to running the business with Brae, his mother was also one of the key figures in the Christina School District referendums earlier this year.  Even though the referendum didn’t pass, Christy gave countless hours of her time to help the struggling district.  Her husband and Brae’s step-father, Brian, serves on the Christina Citizens Budget Oversight Committee and writes for Delaware Liberal and his own blog, Those In Favor.  I met both of them this year, and they are very compassionate people.  While I have not met Braeden yet, I see the values he holds so dear in Brian and Christy as well.

Braeden was invited back to the White House in 2014 for the Annual Kids Dinner.  He was a speaker and he actually introduced Michelle Obama to the crowd. 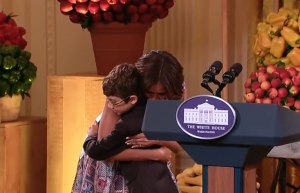 But something that stood out for Braeden even more than meeting the First Lady and President Obama, was an honor he received on May 1st, 2014.  Delaware Senator Bryan Townsend sponsored Senate Concurrent Resolution #48.  This legislation recognized the boy who knows more about giving than receiving.

I remember back in 1989, Phil Collins released a song called “Another Day In Paradise”.  It was a song about the homeless, and the words really impacted me.  I went into Philadelphia with family the day after Thanksgiving that year and it was freezing out.  I saw the homeless, shivering along buildings and laying on vents.  Grocery carts were their best friend on a holiday weekend.  It saddened me that there are those who don’t have homes for whatever reason, especially during the holidays.  I always wanted to do something about it, but the everyday trappings of a non-homeless life pushed it out of my mind.

One of the Delaware blogs I follow religiously is Homeless1 in Wilmington.  The author of the blog, a former homeless person, helps the homeless in Delaware as much as he possibly can.  It is an excellent blog, and you can find it on my sidebar.  When I read the articles on there, it brings me back to that 19 year old me who wants to do more, but doesn’t know how.  I live in Dover, and the homeless are here too.  I see them from time to time when I am driving in Dover, and I always say a prayer in my mind that they find themselves out of whatever circumstances they are in.  And then I see a bright light in Braeden Mannering, and my feelings of helplessness lift away.  Because I know that one 12 year old boy, who could be doing many other things with his life, has made it his mission to end hunger.  I’ve been reading Brae’s website for the past week, and I am overwhelmed at his unconditional love for those who are hungry, or don’t have a home.  Homeless1 said it best:

there is no such thing as a small effort in fighting homelessness. every effort has an impact. every person involved in advocacy, outreach or street ministry has an impact. the type of impact we have is a direct result of how honest we are with the homeless, with the public in general and with ourselves. every effort matters. every statement matters. every truth, or untruth matters. they both have far reaching effects whether or not we realize it. we need to become conscious of that fact.

Braeden’s impact on Delaware is huge.  Braeden sees the simplest truth of them all: helping others is the right thing to do.  Thank you Braeden Mannering for renewing my faith in humanity this holiday season.  You are the Exceptional Delaware Hero of 2015!  I write about education all the time, but I am still always learning.  As a state, we talk about improving education for low-income and poverty students all the time.  But if we can’t eliminate hunger and homelessness for all the citizens of our state, we will constantly be fighting a losing battle.  We can change the conditions of a classroom all we want, but for some students it is not what they need the most.  We can give grants to schools and open up wellness centers, but as long as one child comes to school hungry we are not doing everything we can for Delaware students.  I salute Braeden Mannering for teaching us all that if we allow our hearts to open up, change can be a very powerful force.  I may be late to catch up on Braeden Mannering, but he is definitely someone who gives with an open heart, one brown bag at a time…

As I was putting the finishing touches on this article, an article by Zoe Read with WHYY/Newsworks showed up on my Facebook feed.  Called The face of Delaware’s homeless children, the timing was uncanny.  This is what Braeden is all about.  Helping these children.

To see a recap of Braeden’s journey in 2015, please watch the below video: