It must be education legislation pre-file day today!  State Representative Earl Jaques with a Senate sponsorship by Senator Margaret Rose Henry pre-filed House Bill #292.  This legislation is very similar to the 148th General Assembly’s Senate Bill #92 which failed to get out of the Appropriations Committee due to state budget constraints.  The key difference between HB #292 and SB #92 is the fiscal note was lowered for the new bill.  I love that Alex Eldreth, a longtime advocate for students with Autism in Delaware, is honored with this bill.  Eldreth, from Autism Delaware, passed away in November of 2017.

This Act implements the recommendations of the March 2015 Autism Educational Task Force report regarding § 1332 of Title 14, the Program for Children with Autism and its Special Staff. Enacted nearly three decades ago, this law established a network of educational programs initially within a separate school structure known as The Delaware Autism Program (DAP). Today, this network continues as a combination of both separate school programs and within local school district support services. However, the current model does not reflect current practices in special education, especially regarding inclusive education, and parents’ desire to have their children educated in their local communities. In addition, the increase in students with an educational classification of autism spectrum disorder (“ASD”) has made it difficult for the Statewide Director to provide the level of services and support that once was offered. This Act establishes the qualifications and duties of the Statewide Director and enhances the current mandatory committee structure to include a Parent Advisory Committee, in addition to the Peer Review Committee and Statewide Monitoring Review Board, to increase family input, monitoring, and protections. This Act creates a 3 year pilot program that revises the concept of DAP toward a system in which the statewide Director will work in collaboration with a team of experts to provide technical assistance and training to districts and educational entities. It allows for and provides adequate resources for all students with ASD in Delaware by eliminating the distinction between DAP-approved programs and other in-district options and by providing in-state experts at a lower cost than out-of-state residential treatment and consultants. The pilot program created under this Act makes changes that recognize and support the need for specialized technical assistance and training staff to be available to build capacity for teachers in all districts and other programs educating students with ASD. These changes expand available supports so that excellent, evidence-based training and technical assistance can be made available to all Delaware schools and the students who attend them. The pilot program created under this Act establishes a technical assistance team of educational autism specialists numbering a ratio of 1 for every 100 students (currently estimated at 15 positions). The fiscal mechanism to support the pilot program will be accomplished through mandated district participation that is consistent with the current needs-based funding system in Delaware and by redirecting state spending towards lower cost, community-based supports from out-of-state residential placements. The number of training specialists will be phased in over several years or until the pilot program ends. Finally, this Act is known as “The Alex Eldreth Autism Education Law” in memory Alex Eldreth, who passed away unexpectedly on November 24, 2017, and his dedication to this work.

Well, this is mighty interesting.  Marie-Anne Aghazadian, the former Executive Director for the Parent Information Center of Delaware from 1989-2014, a former member of the Governor’s Advisory Council for Exceptional Citizens, and the founding President of the Delaware Autism Program, wrote a comment on an article I published over a year ago about the introduction of Senate Bill 92.

I, too, find it highly suspicious that Paul Herdman is now interested in improving special education. A group of students he had disdained for years. But then things have been rather quiet for Rodel since the demise of the RTT grant and the unsuccessful Mark Murphy reign.

And what better way to get into the fray again than to suggest interest in special education. Really?

I have found that Matt Korobkin (with whom I have worked on the Autism Advancement Package aka SB92/93), although well-intentioned, has indeed little spec. ed. background and seems to be pushing Delaware to replicate the education collaborative model prevalent in Massachusetts and other states.

Until society values students with disabilities as much as their AP students and is willing to pay forward to ensure their success as productive and self-sufficient adults, we will continue to waste time, money and children’s lives on costly, trivial pursuits such as studies and lawsuits brought on by legitimately frustrated parents.

Aghazadian raised several talking points.  Why is Rodel, in the past couple of years, dabbling in special education.  Dr. Paul Herdman, the Executive Director of the Rodel Foundation of Delaware, did teach special education once upon a time.  But the policies Rodel pushed over the past ten years seem to be special education killers and not helpers.  I agree 100% with what she wrote.  I would love to chat more with her about all of this as she seems to know the history and education of Delaware education better than most based on her vast history in the system.

This is what we need more of: those in a position to speak out and actually doing it!  Nothing will change if more people don’t speak up.  Use your voice.  You have it for a reason! 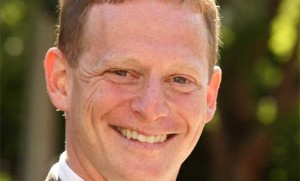 Lieutenant Governor Matt Denn has launched a new website called Front Of The Class: Helping Teachers Succeed In The Inclusive Classroom.  This is an excellent resource guide for teachers and special education teachers in Delaware’s schools in accommodating children on the Autism spectrum or even students with other disorders and disabilities as well.

The website has received articles and videos from contributors such as the Centreville Layton School, the Christina School District, the Delaware Autism Program, Nemours Alfred I. duPont Hospital for Children, The Pilot School, and Red Clay Consolidated School District, with added support from Autism Delaware.  Please check out the website at: http://frontoftheclassde.com/

Articles already released on the website cover such topics as “The Sensory Friendly Classroom”, “Classroom Management for Elementary School Students” and “What Is Autism Spectrum Disorder”.

Denn is the active Lieutenant Governor of Delaware, but is running for Delaware Attorney General due to current Attorney General Beau Biden’s resignation.  Denn has been very busy advocating for students with disabilities in the past few months as he is also the Chair for the IEP Task Force, which meets twice a month until December.