Updated, 2:53pm: The Delaware State Police cleared the bomb threat around 11am.  But a student had to be taken by a medical helicopter due to injuries sustained by a “long fall” according to this article from First State Update.

The first day of school. A time for renewal and transition, not bomb threats. But that happened this morning at Appoquinimink High School. Parents were alerted right away by the district’s Public Information Officer, Lilian Miles. What the alert didn’t provide was information on where the student were evacuated too. This is no joking matter and I sincerely hope this was just a prank and not something more serious. If it was a prank, and the perp is caught, that is a federal crime. I also hope this isn’t a return to the national string of bomb threats America faced in 2015.

Updated with other information about what happened in the district today:

It seems random events are not so random at Providence Creek Academy, the charter school in Clayton, DE. It now appears that the audit investigation into suspected fraud by a former employee was missing a lot of information. Two other employees were also taking funds meant for students for their own personal use. Head of School Charles “Chuck” Taylor covered it all up. END_OF_DOCUMENT_TOKEN_TO_BE_REPLACED 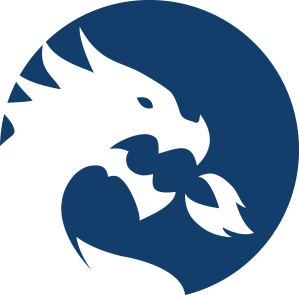 You won’t find this on the News Journal.  Or on Freire’s Facebook page either.  But the school had a bomb threat today which caused at least seven Wilmington police cars to come to the school.  After the police investigated, the students were allowed back in the school an hour later.  Not confirmed is a school authority advising a local resident that several students were suspended and the matter is still being investigated.  Were parents of the students notified about this?  Where is the transparency in our Delaware charter schools???

As well, there have been at least five visits by the Wilmington Fire Department at the school since they opened in August over fire alarms.

Freire Charter School of Wilmington opened in August after a hellacious year involving issues with the Midtown Brandywine Neighborhood Association.  When the neighbors protested the school’s opening without a clear plan on the increased traffic, the former Head of School got into an exchange with one of the protesters which resulted in charges filed against him.  He “resigned” from the school shortly thereafter.  Freire’s original model was a “zero tolerance” charter school, but they changed that last year because of the “specific interest” clause in their admission policy.  They applied for a federal grant for startup costs which specifically prohibits any type of specific interest in their enrollment strategies.  The above picture is the emblem of Freire, but I’m not sure what a fire-breathing dragon has to do with a charter school…

Meanwhile, Delaware legislators in Washington D.C. wrote the FBI to look into the multiple bomb threats across Delaware the past few weeks and when the FBI should act on this.  According to the article by the Middletown Transcript, only state and local authorities have been investigating the Delaware threats.