Senate Bill 93 was one of two Autism bills sponsored by Delaware Senator Margaret Rose-Henry which were introduced on May 12th, 2015.  After more than a year, Senate Bill 92 died as the 148th General Assembly ended on July 1st.  But Senate Bill 93, with its amendments, finally passed in the House in the late hours of June 30th after amendments passed.  Senate Bill 93 will give hope for better coordination of Autism services for the many parents of children and adults with Autism in the First State.

The history behind this legislation goes back a few years.  In 2013, Autism Delaware, with the University of Delaware’s Center for Disabilities Studies and the Delaware Department of Education, released The Blueprint for Collective Action.  In the last days of the 147th General Assembly, an Autism Task Force was created.  Led by Senator Rose-Henry, the Autism Task Force created what eventually became the original bills, Senate Bill 92 and 93.  Senate Bill 93 was co-sponsored by Senators Catherine Cloutier and Bryan Townsend and State Representative Earl Jaques.

Delaware Autism has been the leading organization in Delaware for decades to help those with Autism.  To see a copy of their most recent newsletter, click here.

To see exactly what this bill will do for people with Autism, please see the below engrossment of the legislation which is exactly how it will be signed by Governor Markell.

Delaware Senator Margaret-Rose Henry introduced Senate Bill 92 today, and it could mean huge changes for the Delaware Autism Program (DAP).  Citing an increase in reported Autism diagnoses in Delaware of 900%, this much-needed legislation will give extra supports and services these children desperately need.  From the official press release given today at Legislative Hall in Dover:

Lawmakers and stakeholders held a press conference Tuesday afternoon announcing legislation that would realign the state’s educational model for students diagno…sed with autism by adding services allowing them to be educated in their home schools. The legislation also would create a panel to monitor the latest developments in educating students with autism spectrum disorders and craft policy reflecting those changes.

Sen. Margaret Rose Henry, D-Wilmington South, who co-chaired the Autism Education Task Force with Rep. Earl Jaques, said there was a pressing need for the changes.

“When you look at the sheer numbers, our population of students diagnosed on the autism spectrum has exploded,” she said. “There’s a need to modernize our policies for these students and ensure we’re equipping their teachers, families and the agencies who assist them, with the best possible information.”

Please read the proposed legislation below:

And as I reported earlier, only it didn’t have a bill number attached to it yet, Senate Bill 93, creating the Delaware Interagency Committee for Autism and the Delaware Network for Excellence in Autism: 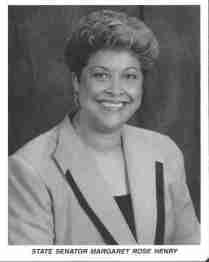 The first meeting of the Autism Task Force was on September 30th.  Chaired by Delaware State Senator Margaret Henry of the 2nd District, the Autism Task Force was created by Senate Concurring Resolution 65 at the end of the 2014 Fiscal Year legislative session.  The purpose of the task force is to make recommendations on the University of Delaware’s Center For Disabilities Study on autism which created a Blueprint For Collective Action for education of autistic students in Delaware and beyond.

The study done by the University of Delaware’s Center For Disabilities Studies had some startling statistics about autism in America. 1 out of 88 American births are producing a child in the autism spectrum disorder which has grown at a rate of 1,148% with annual rates gaining anywhere from 7-10%. Current costs for autism in the USA are at $60 billion dollars, but in the next decade they are expected to soar anywhere from $200-$400 billion dollars. Out of the $60 billion that is currently spent on autism, $36 billion is spent on adults with autism. It is estimated that 2/3rd of these costs could be alleviated based on early diagnosis and treatment for children in the autism spectrum. An estimated 56% of students with autism finish high school.

The blueprint’s mission statement is to start “a statewide plan for improving and coordinating services and support to Delaware’s children, youth and adults with autism that contain long and short-range goals associated with specific outcomes. This was a result of stakeholder consensus that included a strong voice from parents and families and represented all ages and services from birth to late aged.”

The Blueprint model originated from the Statewide Autism Summit on June 7th, 2012. As a result of the summit, workgroups and committees formed, and they met from September, 2012 until May, 2013. In July of 2013, an Interagency Committee for Autism met, which resulted in a “Futures Plan” within a “Logic Model Framework” the same month. Various stakeholders involved in the process included hospitals, health professionals, the Delaware Department of Education, other state agencies, colleges and universities, families, advocacy agencies, schools, and various school districts. “The expected long-term outcome: To assure that all Delaware citizens with autism have the opportunity to develop the skills and knowledge necessary to live independent or interdependent lives within the community.”

The blueprint has six areas of improvement it would like the state of Delaware to take a strong look at.

In June 2014, as the legislative session wound down, the Delaware Senate passed Senate Concurring Resolution 65.  The resolution called for the initiation of Educational and Technical Assistance Teams and a statewide Autism Resource Center.

The Autism task force will have 25 minutes allotted each meeting for public comment.  The next meetings will occur on October 21st, November 8th, December 9th, January 13th, February 10th and March 10th.  No times are shown at present for the meetings, but I will certainly update this information as soon as I get it.

Senator Henry has a long and distinguished history in the Delaware Senate, proudly serving the 2nd District since 1994.  At present, she serves as the Senate Majority Whip for Delaware.  Henry will face Republican candidate Robert F. Martin in the November 4th election.  During the 147th Legislative Assembly in Delaware, Senator Henry served on the education committee along with fellow Senators David Sokola, Bethany Hall-Long, Nicole Poore, Bryan Townsend, Catherine Cloutier and Ernesto Lopez.  She also served as the chair of the Judiciary and Administrative Services/Election committees, while being a part of the Community/County Affairs, Executive, Ethics, Health & Social Services, Legislative Council and Permanent Rules committees during the same time period.  She has also served as the Executive Director of Delaware Guidance and as the Assistant Dean at Delaware -Technical and Community College.

*First picture of Senator Margaret Rose Henry is from the University of Delaware website, with the section entitled Blacks In Delaware