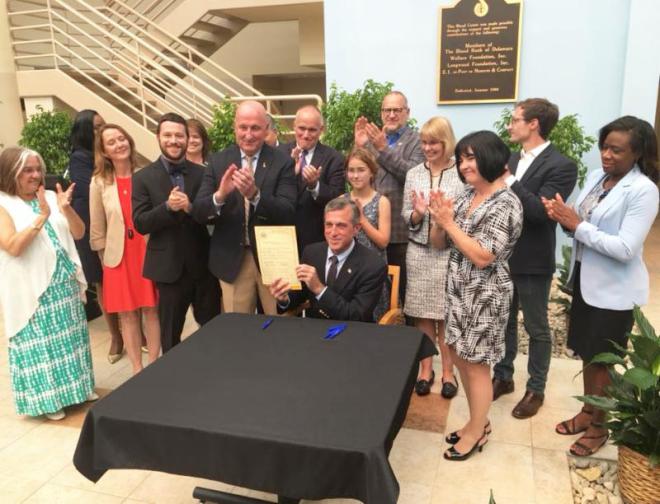 On August 8th, Delaware Governor John Carney signed Senate Bill #242 which allows the State of Delaware to enter into Pay For Success contracts.  The legislation sets the parameters for how this will work.  In a nutshell, an investor or organization pitches a program to a state agency and fronts all the money for it.  If the program is a success, the state pays them.  If it fails, they are out.  How will this work in public education? END_OF_DOCUMENT_TOKEN_TO_BE_REPLACED

Sometimes you just have to make some noise.  But it turns out I wasn’t the only one.  Last evening, before I even began writing my article about Senate Bill #242 needing changes, State Rep. Kim Williams and Senator Jack Walsh were already in discussion about placing an amendment on the Pay For Success legislation.

The amendment forms a working group to basically set the parameters for how Pay For Success will work in not only Early Childhood Education but also public education (K-12 schooling).  While public education was not directly mentioned in the bill, it left it open.  This amendment codifies and puts in writing how this will be moving forward.  I am VERY pleased with this outcome and I salute Williams and Walsh for doing this!  I don’t tend to get heated up over legislation like I did in my early blogging days.  It took me by surprise but I felt it was important and I am very glad that others saw some of my same concerns and acted on it.

This Amendment requires that specific procedures be established for Pay for Success contracts that involve early childhood education or public education. This Amendment also creates a working group that will make recommendations to the Office of Management and Budget regarding these procedures.

Last night I wrote an article about the Delaware Pay For Success legislation, Senate Bill #242.  I stand firm in my convictions and I am calling on ALL Delawareans to contact their Delaware Senator and urge them to either table SB 242 or vote no today.  The more I thought about this legislation, the more disturbed I am with it.  Say the Pay For Success program an investor initiates does not reach its objectives.  The state won’t pay the investor for this “project”.  But what happens with all the data collected during the program?  Does the investor get to keep that?  As we all know, in the 21st Century, data is currency.  It is bought and sold all the time.  When that data concerns children, we have cause to worry.  The whole point of the “investment” could very well be the data collection that comes with it.  We see massive data collection on pre-schoolers in these kind of programs going on across the country.  Investors love social-emotional learning and are investing millions of dollars for that treasure trove of data collection on students.  Children.  Think about that.

Let this sink in for a minute- the person pushing this the most is a DuPont.  A member of a family that is worth billions of dollars.  Someone with deep connections and the ability to snap their fingers so things go his way.  His brother already runs Zip Code Wilmington, a coding school.  There runs the Longwood Foundation.  He is heavily involved in the Delaware Community Foundation which funds the Rodel Foundation.  We need to wake up and question motivations here.  They are already “invested” in Delaware education.

I am urging you to table Senate Bill #242.  This bill, dealing with Pay For Success programs in Delaware, is being fast-tracked through the General Assembly.

My concerns with the bill are the eventual forays Pay For Success programs will make into public education.  While this bill is being touted as an economic development bill (which I support), it will also be used for “social programs”.  There are not enough safeguards in this bill to prevent potential fraud and abuse.  I also believe any programs like this, that would use our children as guinea pigs for an investor, is fundamentally and morally wrong.

I have put out the call for Delaware citizens to attempt to stop this bill.  But given that it was introduced Tuesday, released from committee today, and will be on the Senate Ready list tomorrow does not fill me with hope.  I attended the committee session today and voiced my concern.  I was pretty much told to trust the system and if problems arise those could be fixed later on.

This is a huge program that the general public knows NOTHING about.  It was put in a committee that does not usually generate much citizen traffic aside from lobbyists.  There was no big splashy article from the News Journal on this bill as we see so often with other bills.  It is my contention the intention was to get this through as soon as possible which is not a sign of transparency whatsoever.

I put up an article on Exceptional Delaware tonight which goes more in-depth with my concerns.  I urge you to table this bill or even vote no on it.  I am not opposed to some parts of the bill, but I believe it should be held over until the 150th General Assembly.  Let the public weigh on it.  Let’s do some research into who this benefits.  Please, let’s look at some of the very controversial ways programs like this are being used.  The Salt Lake City program, run by Goldman Sachs, is praised by the investment community.  But the data in that program was flawed to begin with.  And it dealt with finding ways to reduce future special education services for students with disabilities.

I respect both the prime sponsors on this legislation, but it needs to be looked at very carefully before we rush into this sort of thing.

I contacted Mike Matthews from the Delaware State Education Association and urged him to have DSEA weigh in on this bill.  After I emailed all the Delaware Senators, I forwarded the email to all of the State Representatives.  I begged them to do what is right and to do their due diligence with this legislation should it pass the Senate.

Good evening members of the Delaware House of Representatives,

I sent the below email to every single member of the Senate.  Several other Delaware citizens are sending similar emails to them as well.  If this bill should happen to pass the Senate tomorrow with no changes, it would fall on the House to do what is necessary.  I am not 100% opposed to this bill.  But there are very real dangers that will come out of it.  We talk about unintended consequences with education all the time.  While this is not an education bill, it will dip into that sector.  Please do what is right.

I spread the message far and wide last night.  The clock is ticking.  If you want to take action and contact your Delaware Senator but aren’t sure who they are, please go to this map: Who is my Delaware State Senator?

I have no doubt defenders of the bill are emailing the Senate at this very moment saying things like “This is a great bill that will help the Delaware economy”, or “This is from a blogger who thinks everything in education has some nefarious motive”, or “Just ignore him”.  So I will ask the Delaware Senate this question: do you value children or profits?  Because you have the chance to do something good here.  To do what is right.  Do it!

The Senate adjourns at 2pm today.  It is #7 on their agenda but bills can be switched around.  Time is running out…

The Delaware State Education Association needs to keep a very close watch on a bill flying through the Delaware General Assembly!  Scratch that.  They need to be all over Senate Bill #242 like white on rice!  They have the political muscle to get some fast changes on this bill and they need to flex it yesterday!  This bill has more head-scratching sponsors on it who should know better! END_OF_DOCUMENT_TOKEN_TO_BE_REPLACED 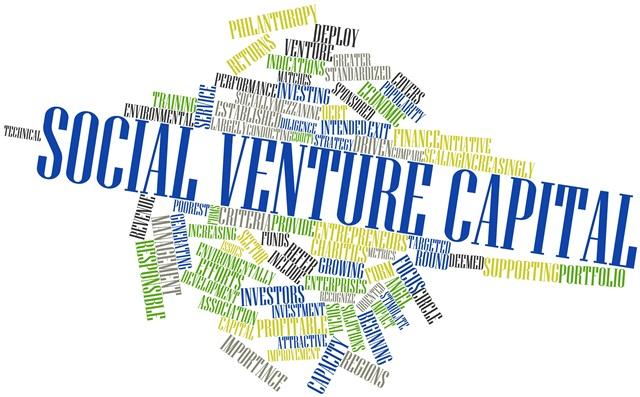 Last Friday, the final report for Delaware House Resolution #20 came out.  The General Assembly passed this resolution last July and ordered the Office of Management and Budget, the Department of Finance, and the Office of the Controller General to conduct a study on Pay For Success methodology and how it could work in Delaware.  What did the report recommend?  And who wrote it? END_OF_DOCUMENT_TOKEN_TO_BE_REPLACED