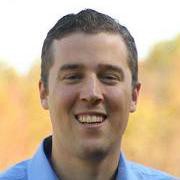 While many Delawareans are talking about parents opting their child out of the state assessment, rookie Delaware State Representative Sean Matthews is proposing legislation that is very controversial at best…the subject of immunizations.  Under this proposed legislation, any child who is unvaccinated during an outbreak of what is a disease that can be vaccinated would be required to stay home from school during the outbreak.

Details on this potential legislation were released yesterday in the House Democrats weekly newsletter, Legislative Hall Insider.  Matthews is working with Delaware Senator Bethany Hall-Long on the legislation.

Lawmakers this week announced a proposal designed to raise awareness of the risks involved with not immunizing school-aged children and to encourage families to have their children vaccinated.

In Delaware, the Division of Public Health reports that 0.8 percent of children are exempted because of religious beliefs, while 0.1 percent are not vaccinated due to medical reasons.

Rep. Matthews’ proposal would amend Delaware’s religious belief exemption affidavit for public school immunizations, incorporating a section that expressly informs parents or guardians of possible outcomes of not vaccinating their children. The affidavit language is spelled out in existing state code and the affidavit itself must be notarized.

The section would spell out that should an outbreak of a vaccine-preventable disease in an area of the state be declared, any unvaccinated child could be temporarily prohibited from attending a public or charter school to prevent the spread of the disease. In that instance, even if an unvaccinated child doesn’t show symptoms, he or she could be barred from attending school until the declaration is lifted.

Read more about this proposal here.