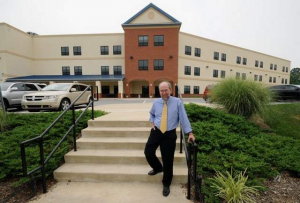 Greg Meece runs Newark Charter School.  For 18 years, Newark Charter School is rated not only one of the top charter schools in Delaware but one of the top schools.  There is a multitude of reasons for this but it boils down to diversity.  At their public hearing for their charter renewal process, Meece made a comment that is sure to rile up the diversity crowd all over again.  Meece openly lied about his own school.

Yes, Greg Meece said this at the October 15th Public Hearing for NCS.  He said those words.  Anyone who follows this kind of stuff in Delaware public education knows the real deal.  NCS has a student population that is vastly different from any school around them.  It wasn’t a coincidence that Meece used the words “New Castle County”.  He wouldn’t dare say his student population mirrors that of the Christina School District.  Even though the school’s five-mile radius limits students from New Castle County from applying.  It even limits students who are a part of the Christina School District.  The five-mile radius allows NCS to enjoy the benefits of certain student populations in the school.

I thought I would give Meece the benefit of the doubt and check to see if his boasting was correct.

I’ve always found it ironic that NCS has such a high population of Asian students.  In fact, they have more Asians than African-American students.  Back in the day, when Meece actively began his social engineering experiment at NCS, he could be heard yelling “We need more Asians!”  He will, of course, deny ever saying this.  But it looks like he got his wish. 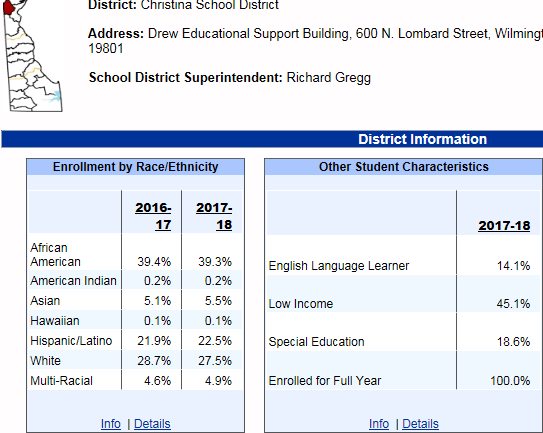 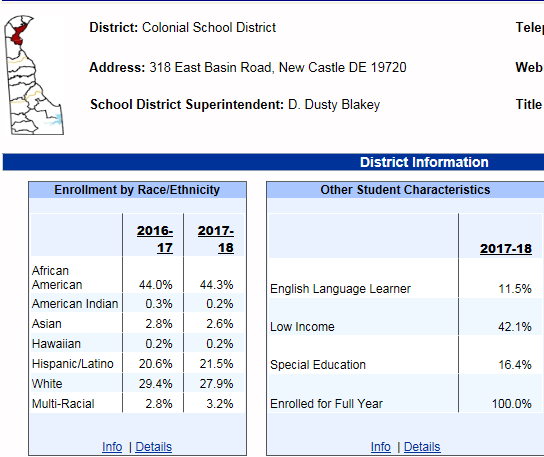 Greg Meece might want to buy some Windex for that mirror!  Because NCS student population nowhere comes close to that of the rest of New Castle County.  Given how much heat this school tends to get for their diversity, I find Meece’s remark about this sensitive topic to be very disrespectful.  But he doesn’t care.  He could tell the Delaware DOE to pound sand and they would still bow to Meece.

Newark Charter School is a public school that welcomes students regardless of their background or abilities.

The numbers say something different Meece.  I respect school choice and the right of parents to choose what school they feel is best for their children.  I don’t hate charter schools.  What I can’t stand is the audacity of someone like you not admitting that your enrollment policies and preferential treatment based on a five-mile radius has benefitted the supposed “success” of your school.  The below transcript has Meece raving about the schools standardized test scores, whether it is the Smarter Balanced Assessment or the SAT.  Meece knows standardized tests are a socio-economic indicator.  It is the very reason NCS does so well on them.  But he is a bald-faced liar if he thinks his school matches any part of New Castle County aside from the façade he has built at his own school.

I won’t deny the success of NCS but I will always question how they got there.  Meece is an absolute idiot for saying what he did.  He should really know better but I guess when you live in a silo the only thing you can hear is yourself. 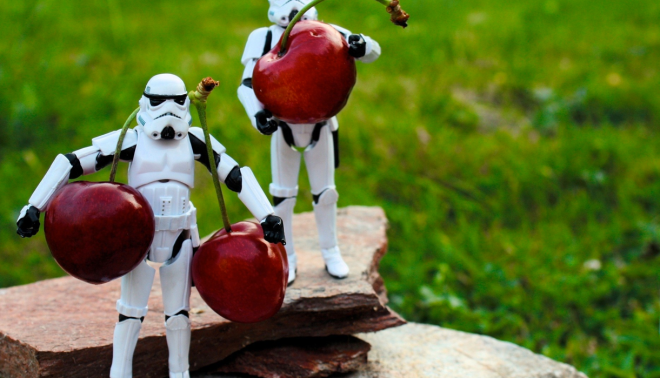