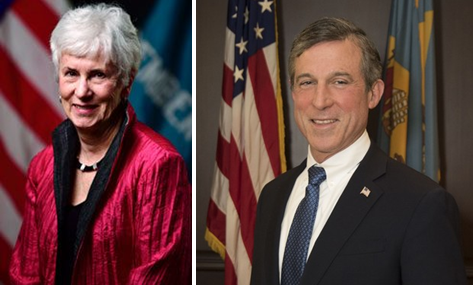 Wow!  Delaware Governor Carney came out with a press release regarding the recent decision to kill Regulation 225.  In his statement, he actually praises Delaware Secretary of Education Dr. Susan Bunting for her hard work during this public process.  But her hard work in letting Patrick Miller steal money and insult parents in her own district is okay to ignore judging by Carney’s non-responsiveness on the issue.  Warning- the following contains wording that is NOT SAFE FOR WORK!

Hey, Governor Carney, how about you address the HUGE elephant in the room- that your hand-picked Secretary of Education covered up Patrick Miller’s financial theft and his highly inappropriate behavior when he called a parent a fucking whore.  YOUR Secretary, then Superintendent of Indian River School District, did NOTHING.  She let him run rampant and could have stopped it.  She lied to the Auditor’s office.  She lied to the press and media about it.  She lied to me.  She lied to many.  I emailed your education policy advisor Jon Sheehan a week ago.  No response.  I emailed your communications guy, Jonathan Starkey.  No response.  You can’t ignore this Governor Carney.  It is not going away.  I will only get louder.  And so will others.

Here is Carney’s press release on the death of Regulation 225:

“Last July, I asked Education Secretary Susan Bunting to draft a new regulation that would require Delaware’s school districts and charter schools to create consistent, meaningful anti-discrimination policies. We acted on the simple premise that no child should be made to feel uncomfortable or unwelcome at school because of who they are. Every student deserves to be respected and affirmed. Our goal was to help protect Delaware children from discrimination at school so they could focus on their education. That remains our goal today.

Throughout the process of creating this regulation, I carefully listened to the feedback of Delawareans. Secretary Bunting did the same. We heard concerns from parents who wanted to ensure they had a say in the decisions schools make regarding their children. We attempted to address those concerns. On the other hand, we heard and understand concerns that have been raised by the LGBTQ community. They are working to protect some of our state’s most vulnerable children.

In light of the recent Boyertown decision by the Third Circuit, and the comments received from across our state, we are considering our next steps on Regulation 225. We will remain committed to public engagement as we determine the path forward. I want to thank Secretary Bunting and her team for their work on this regulation, and for their commitment to public engagement throughout this process. I also want to thank members of the development team that crafted the original regulation – including students, parents, superintendents, principals, school board members, and advocates.

The most important part of my job is to make sure each and every child in Delaware has an opportunity to be successful in the world. This is difficult work. And our work is not done. I look forward to continued discussions with members of the General Assembly, Delawareans, and Delaware families across our state about how best to make progress.”

How about YOUR commitment to the State of Delaware to oversee our state and to hold your people accountable when they do something wrong Governor Carney?  Like the buck stopped with Bunting when she covered-up for Patrick Miller, the buck now stops with you to do something about it since she is one of YOUR cabinet members.  I just emailed Starkey AGAIN along with Alison May at the Delaware Department of Education for ANY type of response on this.  You can’t possibly think this is just going to go away.  Because I can promise you it won’t.  You have my word on that.