Delaware State Representative John Kowalko sent a letter to State Rep. Paul Baumbach and State Senator David Sokola about the in-circulation school board member removal bill.  He asked some specific questions regarding the origin of this legislation.  I would love to see a response from both of them on this.  You may have seen part of this in my initial article on this, but Kowalko goes into more detail.  As well, Nancy Willing of The Delaware Way blog pointed out something that didn’t catch my eye until she wrote it:

Note the time Baumbach’s aide floated the bill for co-sponsorship is minutes after reporter Jessica Bies published her story on Christina’s likely rejection this morning of Carney’s most recent MOU draft.

Less than a month until the legislators come back in session…

I sent the following inquiry to Representative Baumbach and Senator Sokola. I received a response from Representative Baumbach that he would not discuss the motives nor intentions of this proposed legislation so I am forwarding the same missive (and attachment) to all members of the Delaware General Assembly. It follows and is attached.

I suspect that this proposed legislation, being circulated for signatures by Representative Baumbach and Senator Sokola, may impose a constitutionally challenged contradiction to decisions made by the voters of Delaware. To suggest that an Executive branch (Governor appointed and unelected) board should have the authority to overturn the decision of the voting public disregards both separation of powers and constitutional rights of those elected. If either of the two sponsors or the promoters of such a piece of legislation have a problem with individual board members (as seems to be the case here) then they should come up with a lawful process attended to by lawful entities. This is the type of overreach that causes the public to doubt the sincerity and legitimacy of the laws we create and pass. I hope the sponsors of this proposed legislation will quickly withdraw this legislation.

I would also ask the sponsors of this legislation to explain to me and my fellow legislators what has provoked them to solicit sponsors to support such draconian action. Perhaps Rep. Baumbach or Senator Sokola can give us examples of purported or actual wrongdoing by former or current board members. I would also suggest that the sponsors divulge who solicited such legislation/authority. That might allay suspicions that this is simply an effort to coerce and silence board members, specifically board members who have criticized some of this Administration’s plans. I respectfully await a reply from the sponsors before I will consider adding my name and suggest that all my colleagues do the same.

I guess nobody puts Baumbach in a corner!  Meanwhile it looks like Senator Bryan Townsend is all “I have a six month old baby.  I’m staying out of this one!”

1987.  The year of Glasnost and Oliver North.  My junior and senior years of high school.

I look back to 1987 as a pivotal year in my existence.  For a teenager, there were some pretty major events in my life that year.

The biggest was my first grandparent passing.  My paternal grandmother died of cancer in the Fall of ’87 and it shook me up.

Another big thing was something called “Emmaus”.  This was a church retreat through my Catholic church in Ridgefield, CT.  For first-time Emmaus attendees, you were a candidate.  Those who had already been on these weekends were the workers who ran the whole thing.  I was a candidate in February of ’87 and got to work on the Liturgy team on a weekend in September of ’87.  This was a life-changing experience for me in a lot of ways.  I had always been somewhat religious, but this cemented it for a long time.  As well, I lived in New York but a part that was very close to the border of Connecticut.  I could walk through the woods behind some neighbor’s house and be in CT.  As a result of Emmaus, I met many wonderful new friends including one of my best friends in high school.  I spent a lot of time in Ridgefield, more than hanging out with people from my own high school.

I had four jobs that year.  The first was working for a comic book price guide in Ridgefield.  The owner of that magazine was also a co-owner of a comic book story in Danbury, CT so I would help out up there at times.  That summer I worked at Smith Ridge Market, the local grocery store.  I was “poached” by the nearby Vista Pharmacy in late summer and worked there the rest of the year.  I always worked throughout high school.

I didn’t get my driver’s license until after high school but I managed to take Driver’s Ed in the fall of 1987.  That made for some interesting rides.  I still remember the instructor having to hit the brake pedal on the passenger side as I was driving.

What I remember the most about 1987 was the music.  I wrote about 1986 last year, but 1987 just added to the list of alternative bands I discovered that year.  Bands like 10,000 Maniacs, Crowded House, Echo & The Bunnymen, Aztec Camera, and Erasure.  Bands I enjoyed before only got bigger, such as The Smiths, New Order, The Cure, Alphaville, INXS, R.E.M., Gene Loves Jezebel, The Housemartins, and Depeche Mode.  U2 had their biggest album to date with “The Joshua Tree”.  Rush had an awesome album that year and I got to see them in New Haven, CT that November.  For me, the best album of the year was New Order’s “Substance”.  That Christmas, a bunch of bands contributed to an album called “A Very Special Christmas” which I still listen to every year around this time. 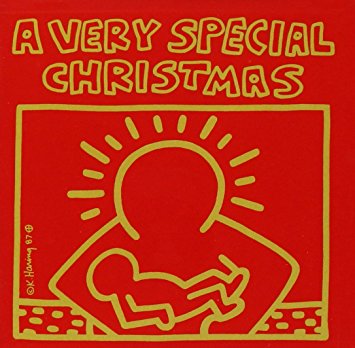 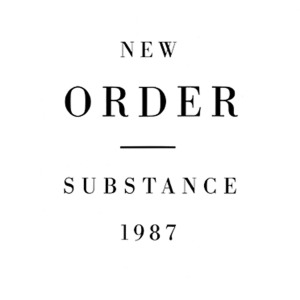 There was a freak ice storm in early October that year.  It knocked out power in a lot of areas around us.  But the real “white-out” happened in the summer but I’ll hold on to that one! 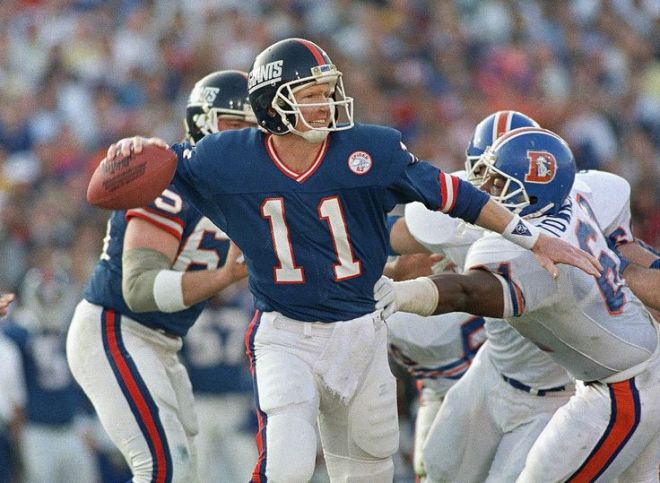 The Yankees were my team and I saw them a few times that year.  Don Mattingly was my hero! The New York Giants won their first Super Bowl that year, beating the Denver Broncos in a close game.

There weren’t a lot of memorable movies that year.  The #1 grossing movie was “Three Men And A Baby” which tells you something right there.  I would say my favorite movies that year were “The Lost Boys”, “The Untouchables”, “Good Morning Vietnam”, and “Innerspace”. 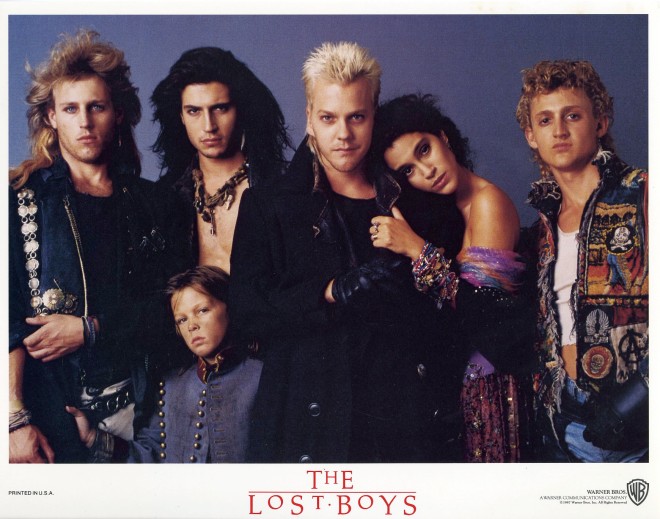 In my family, the dynamics changed a bit.  Two brothers went to college and a third returned home for a bit after graduating college.  The youngest (me) and the oldest in the house.  That was different, but fun! 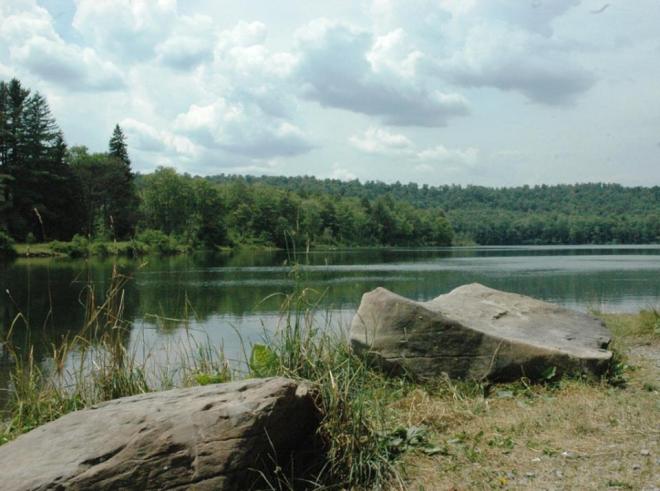 I spent a lot of time cycling into Ridgefield that year after school when I wasn’t working.  It kept me in shape but it was usually to go see about a girl.  True story!  The late days of Spring and early Summer were spent at “The Reservoir”, a local spot where a bunch of us would jump off a cliff and rope-swing.  I tried my first cigar that year.  I learned quickly I don’t like cigars.

I started “clubbing” at a place called Kryptons that year.  A friend of mine who bartended there would always help me get in.  Those were crazy times with my friend Pete.  I spent a lot of time “partying” that year.  I was young, crazy, and a bit wild.  I remember after my grandmother passed, one of my cousins got married.  I had a few at the wedding reception and somehow I wound up on stage singing Michael Sembello’s “Maniac”.  Not one of my prouder moments for sure!

I was in a school play called “The Boyfriend” that year.  I was an Assistant Stage Director for the school’s annual “Variety Show”.  My favorite classes were AP American History and Creative Writing.

I got my wisdom teeth out that Spring and a couple of weeks later managed to get a sausage seed stuck in one of the sockets.  Now that was pain!

That fall, the beginning of the end of the Cold War between the U.S. and Russia was starting.  We all tuned in to see if Jessica McClure could get out of that well.  Pope John Paul the II came to New York City. That summer, daytime tv was hijacked by the Iran-Contra hearings with Oliver North famously pleading the 5th Amendment. I was still creating pinball games on our Commodore 64 on snow days.

1987 was the height of my teenage years.  The best of times before the “real world” fully kicked in.

The name is familiar to folks associated with Legislative Hall or Caesar Rodney’s Board of Education.  Bill Bush filed to run for Trey Paradee’s seat in the 29th Representative district.  Bush, who serves as a House of Representatives attorney, also has his own law firm.  As well, he is the Vice-President of the Caesar Rodney School District Board of Education.  Can the Democrat win?

He has no challengers… yet!  I expect that to change in the coming months.  Paradee usually had challengers for this seat so I don’t expect anything different this time.  This is a seat that typically goes blue.  Bush has a lot of clout in Dover and at Legislative Hall as a House Attorney.  But many folks don’t want to see another “insider” at Legislative Hall and Dover Republicans are hungry for change.  The 29th district includes parts of Wyoming, Dover, and Smyrna.

I’ve seen him in action down there.  He knows his stuff and what they can and can’t do.  I don’t always agree with him 100%, such as what happened with the opt out veto override.  The way it all went down could have and should have been handled differently from a legal perspective.  When State Rep. John Kowalko talked to Bush about bringing it up again at the end of the 148th General Assembly, it was found the procedural rules for the override should have been handled differently. But at the end of the day, there was no way in hell Speaker of the House Pete Schwartzkopf was going to let Kowalko do anything with it.

William Bush is the vice president for the Caesar Rodney School Board. He and his wife Carrie reside in Wyoming and have three children. Mr. Bush received a Bachelor of Science degree in Business Finance from the University of Delaware and a Doctor of Jurisprudence from Widener University School of Law. He currently works as an attorney in private practice.