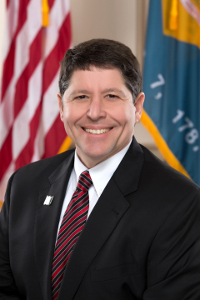 Aside from State Rep. Paul Baumbach, I have yet to hear from one person in support of this legislation.  Zero.  Zilch.  Nada.  But in the 24 hours or so since I posted this story, I have had many sidebar conversations with Baumbach, as well as many other crucial conversations.

Today I attended part of a meeting of the Special Education Strategic Plan.  Some of the key education lobbyists were in attendance.  While this bill has not been filed as it is still in circulation, no one seemed to be happy about it.  That cannot be taken as an “official” stance since it is in that status.  I spoke with Donna Johnson, the Executive Director of the State Board of Education, who informed me she was not even aware of this legislation until she read it on my blog.

So why would Baumbach include the State Board of Ed without even consulting them to see if it was even able to be a part of their official duties from a legal standpoint?  It gets more curious.

I asked Baumbach for the genesis of this legislation.  He informed me it was in the draft stages last May and June.  I repeatedly asked him how many parents were clamoring for this bill since he told me Christina School District parents were asking him for it.  Finally he replied that the Friends of Christina School District, a grassroots group separate from the district, approached him about it.  Apparently, when they were knocking on doors pushing for the passage of their 2016 referendum, one consistent thing they heard from would-be voters was the lack of an apparatus to get rid of board members.  Which goes back to former Christina board member Shirley Saffer.  Around that same time, select Christina board members came out with more than one resolutions to have Saffer resign from the board.  Neither of those motions passed.  But that was almost two years ago.  If it was such a hot-button issue at the time, why wait until now when Saffer is no longer on the board due to her term ending earlier this year?

While Baumbach denied this was directed at any one particular board member, I believe it is directed at one or two board members in Christina.  The two who openly question certain policies and initiatives.  The ones who push for greater transparency from the district.  The ones who consistently gave Jack Markell and now John Carney the most pushback against their Christina plans.  Which I might add, the Wilmington community did as well.  That doesn’t happen by osmosis.

I asked Baumbach what his definition of misconduct was and he provided that answer to me today, straight from Delaware state code:

(1) The public servant commits an act constituting an unauthorized exercise of official functions, knowing that the act is unauthorized; or

(2) The public servant knowingly refrains from performing a duty which is imposed by law or is clearly inherent in the nature of the office; or

So these are the qualifications for removal of ANYONE in public office in the State of Delaware.  Which, I’m sorry, can be taken many ways.  If a board member votes no on a special education settlement, does that mean they are practicing discrimination against students with disabilities? (Which reminds me they need to change this part of state code because the General Assembly passed a law forbidding the use of the word “handicapped”!)  See where I’m going with this?

I think even Baumbach would agree that the inclusion of the State Board of Education in this bill was not the smartest idea.  He repeatedly asked me for alternatives.  I suggested making the State Board of Education a board of elected positions.  He informed me there would not be enough support in the General Assembly for what he assumes would become a veto-override situation.  I advised him there is probably more support there than he thinks.  I also informed him an environment of fear is not a good reason to hold back on common sense legislation.  Putting aside the State Board factor, I told Baumbach I felt this is a situation that should be dealt with at the local level.  Have the Boards of Education themselves perform this function.  With more than a majority vote.

I do not fault the State Board of Education about this bill since they didn’t even know about it.  I still think they should be publicly elected, but I also believe they should not perform this function even if they were.  But the public has been asking for them to be elected a whole lot more than the ability to remove school board members.  I gave Baumbach the recent decision regarding a potential conflict of interest involving Dover City Council member Tanner Polce.  In that situation, while I got the context of the complaint wrong with Baumbach, the City Solicitor found Polce did not have a conflict of interest in the situation.  The issue was dealt with at the local level at its point of origin, not brought before a larger state entity.  I told him that should any school board member egregiously break the law, then yes, there should be some apparatus for their removal.  But the grey area involved in lesser offenses can be seen many different ways.

Since that conversation, I’ve discovered there may already be the apparatus Baumbach is looking for already embedded in Delaware state code.  That would be the Public Integrity Commission.  Their mission is actually very simple:

Ethical standards for all State Executive Branch employees (rank and file), officers (Senior level & Elected officials) and honorary State officials (appointees to State Boards & Commissions). The standards apply to all local governments unless they adopt their own Code of Conduct which this Commission must approve as being at least as stringent as the State law.

Bury the bill Baumbach.  Since absolutely NO ONE has been clamoring for this bill aside from a few parents in the Christina School District at a time when flames were stoked during the passage of a crucial referendum, let it rest.  And even though you would NEVER tell me otherwise, I still view this bill as a revenge-driven measure by those who oppose some of the most crucial voices in Delaware education.  There is a great deal of more meaningful education legislation I can think of like assuring students in Kindergarten to 3rd Grade get basic special education funding, the removal of the 5-mile radius for a few charter schools, or the complete and total elimination of the Smarter Balanced Assessment.  This bill is smoke and mirrors at best and I know you are better than this.  For me to have to take the time to show the very clear idiocy of this bill, in a clear and consistent way, shows you did not do your due diligence before submitting this for consideration in the Delaware General Assembly.  There are very capable attorneys in the Delaware General Assembly.  Might I suggest you utilize them before getting this out there?  There are Baumbach drafter bills I’ve supported in the past and I’m sure I will in the future.  But this… this hot mess needs to disappear.