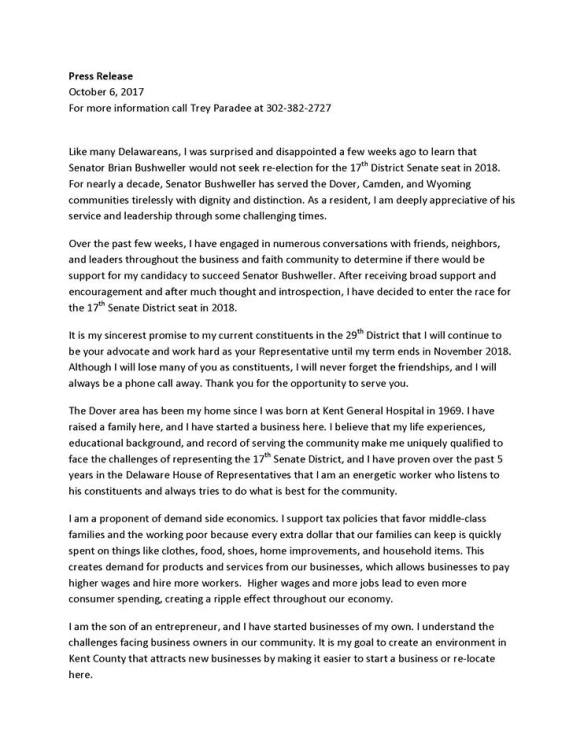 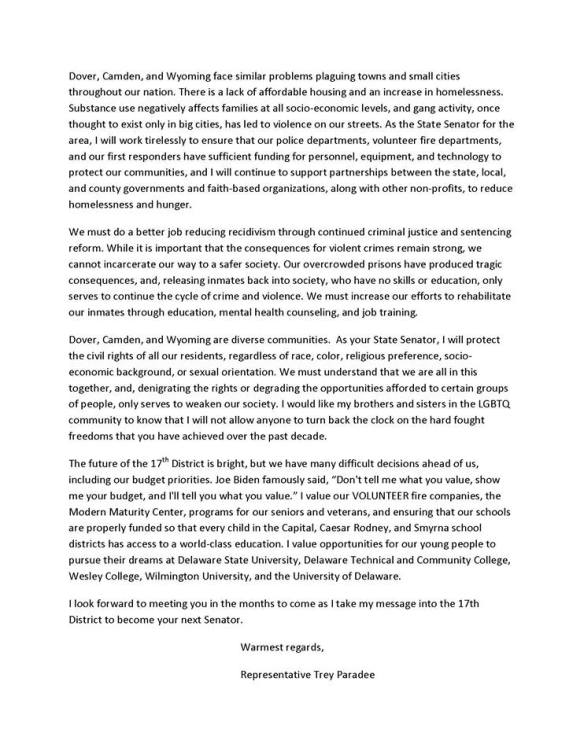 Paradee was my State Rep. in the 29th District but I recently moved to another area of Dover.  But that doesn’t mean I will rid myself of Paradee!  Should he win, he would become my State Senator.  In all seriousness though, I did endorse Paradee in his last two elections and voted for him.  I don’t agree with him on every single bill or political viewpoint, but we agree more than we disagree.  In education, he votes how I would for most bills.

No other individuals have filed for this race, but the deadline is next year.  In terms of Paradee’s seat, I’ve heard some very interesting names from both sides of the aisle.  I will post those names once I know more as long as I get the okay from those individuals.  Until then, thanks for being my State Rep. Trey Paradee!  It’s been an adventure!