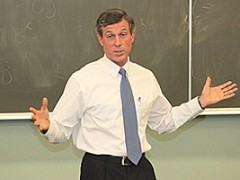 Delaware Governor John Carney held a closed-door, non-public, secret meeting with two Christina Board of Education members yesterday.  Which members?  And what was the discussion?  And which board member got shafted when they should have been there based on the discussion?

Board President and newly elected board member Pastor Meredith Griffin met with the Governor to discuss Christina’s Wilmington schools and the Wilmington Education Improvement Commission.  I know Pastor Griffin is on WEIC, but he is NOT Christina’s representative on the committee.  That board member would be Harrie-Ellen Minnehan.  So why was she left out in the cold from this closed-door, non-public, secret meeting?  Has Griffin’s clout in Wilmington made him the Christina Governor Carney golden boy thus leaving Minnehan locked out of discussion?  For that matter, why the heck is Carney even having two board member meetings?  Why not invite the whole board?

Who is whispering tidbits in Carney’s ear for this Birth-4 Early Childhood Super Center “powered by Christina”?  Not saying it’s a bad idea, but who is going to pay for that?  Unless the State of Delaware is paying for the whole thing and NO funds would come from local taxes, I say go for it.  But I don’t think Christina has the coin to take on a project of that magnitude at this point in time.

My crystal ball is telling me I might have a more vested interest in what happens in Christina in the coming future, so fair notice. 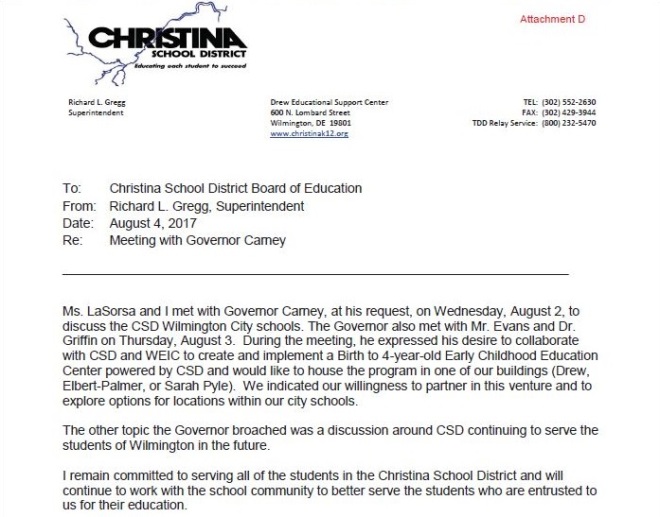 5 thoughts on “Carney Has Closed-Door, Non-Public, Secret Meeting With Select Christina Board Members”