Delaware Governor John Carney released his FY2018 Budget “Reset”.  He is calling for a ton of cuts across Delaware programs as well as increase revenue by increasing taxes.  The extremely wealthy won’t get the tax increases many have been calling for in this proposed budget.  But property owners will feel it.  Here comes the Delaware sink hole! 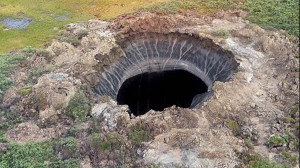 In education, the match tax will switch over to the local side, to be raised by school boards without a referendum.  Which is all well and good if you don’t own property.  But if you do, expect to pay more in school taxes.  As well, $15 million will be cut from district and charter operation budgets doled out by the state.  I don’t see the funding for basic special education for students in Kindergarten to 3rd grade but I see $4.7 million more for early childhood education.  We poured $18 million into that last year.  I don’t see any proposed cuts to the Department of Education even though Carney ran around during his campaign saying he was going to streamline the Department.  Carney is allowing for $25.1 million for new teachers and $1 million for his “opportunity grants”.  $22 million would be cut from the education sustainment fund (thus the district boards getting to get more school taxes without a referendum like they do with the tuition tax).

In the below document, we see absolutely nothing about marijuana revenue or an increase to the gax tax.  But smokers will be gouged another buck a pack.  The retirement age for additional personal credit will rise from 60 to 65 while all senior citizens will see their Senior Citizen Property Credit reduced by a hundred dollars.

I get that you have to make up for a $385 million dollar deficit by making cuts but it is important to know how we got there.  Former Governor Jack Markell came on board as the Great Recession of 2008 spread its wings.  After that, Markell just spent and spent and spent without really getting enough revenue to stick around in the state.  Our population grew as special education services grew at a much higher rate.  Something disability communities have been saying will happen for years.   I am not a big fan of this budget proposal.  Carney, like his predecessor, refuses to make the rich pay more.  I don’t see a lot of “shared sacrifice” going on here.  If it was truly shared, it would hurt everyone.  To someone making a million bucks a year, a nominal increase in taxes isn’t going to hurt them as much as it will to a family living off $30,000 a year.  Granted, this is assuming the General Assembly approves this and the budget deficit stays the same.  It could (and I predict it will) increase between now and June 30th.

I don’t envy Carney.  He inherited most of this from Markell.  But with all his “coffee klatches” as the folks over at Delaware Liberal call them, I would have expected something a lot more different than what Markell gave us back in January.  I’ve told Carney’s people exactly what he needs to do in terms of education funding.  The response from them?  Crickets.  They hear me out and then nothing.  Just because I haven’t written as much about district and charter funding shenanigans doesn’t mean it hasn’t been foremost in my mind.  I was counting on the new administration to do the right thing here.  Looks like I’m going to have to do this the hard way and start REALLY ticking people off.