As Delaware Secretary of Education Dr. Steven Godowsky spends his last two weeks in the role, the House Education Committee gave Godowsky a fond farewell at the end of their committee meeting today.  Together with Speaker of the House Pete Schwartzkopf and House Majority Leader Val Longhurst, the committee brought Godowsky up to the podium and a few members gave eloquent praise to the Secretary of Education who could only be seen as an improvement over his predecessor, Mark Murphy.

State Rep. and House Education Committee Chair Earl Jaques stated Godowsky became a dear friend which was echoed by State Rep. Kim Williams.  Williams thanked Godowsky for always being there to answer her many questions and said she would miss him.  Godowsky informed me his last day will be January 24th.  Governor-elect John Carney named Indian River Superintendent Dr. Susan Bunting as his choice for Delaware Secretary of Education.  Bunting will appear before the Delaware Senate on January 18th for her confirmation hearing.

I asked Godowsky if he was counting the days.  He stated he has mixed feelings about leaving.  He said he is sure on his last day he will be ready but he will miss working with the people.  But he is not done with education in Delaware.  While no formal announcement has been made about his post-Secretary plans, I have no doubt Godowsky will still be in the education arena.  He even joked at the tribute today that he will be “babysitting” education in the First State.

Despite my many articles about education policy and procedures, Godowsky was very much a sea change from Mark Murphy.  On a personal level, Godowsky was always approachable when I saw him and he would always say hello to me.  I can’t imagine leading the entire Delaware Dept. of Education.  The honest truth is I have no idea how Dr. Bunting will be as Secretary of Education.  So much of that will be based on the environment around her and what John Carney plans to do with that environment.  One issue she will face right off the bat is the education funding issue, especially in relation to Delaware’s projected $350 million dollar deficit heading into the FY2018 state budget talks.  I’ve been a bit rough on her on the Indian River audit investigation and the fallout from that scenario.  Time will tell.  In the meantime, best of luck to Secretary Godowsky and may good health and luck find you in your next plans. 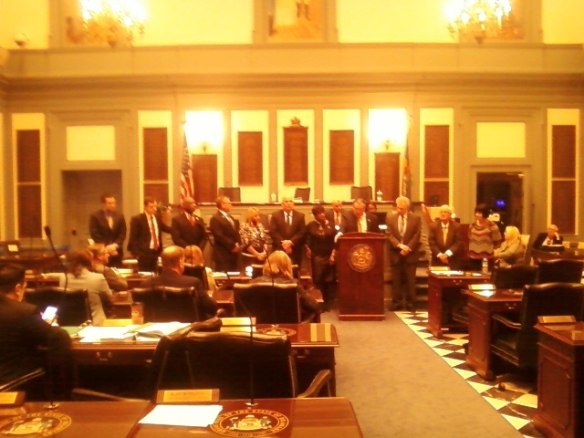