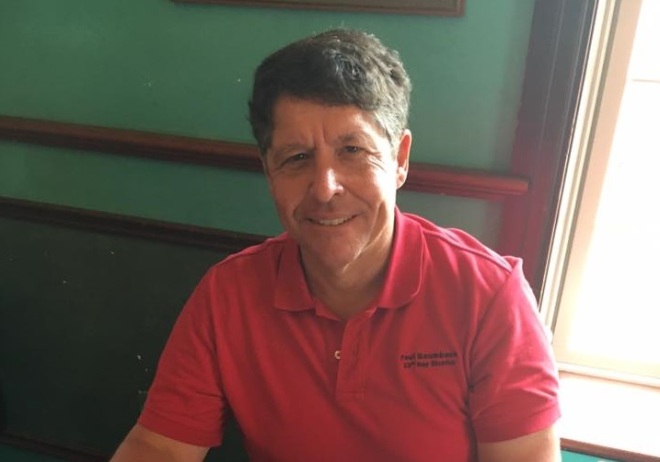 A month ago, I participated in a forum on Delaware education funding at the monthly Progressive Democrats for Delaware meeting.  State Representative Paul Baumbach from the 23rd Rep District also discussed the issue.  Baumbach is very supportive of implementing a weighted education funding formula in Delaware.  Last Winter, Baumbach and then Deputy Secretary of Education David Blowman presented a report on a weighted funding system to the Education Funding Improvement Commission.  That commission was unable to get a consensus on any particular funding apparatus and ended the 148th General Assembly with no final report.  The WEIC redistricting plan also called for implementation of a weighted funding system.

Education funding, with implementation of the Every Student Succeeds Act, will take center stage in 2017.  As more and more citizens realize the system we have now is not working for all students, attempts at fixing the problems will appear.  The Wilmington Education Improvement Commission and their redistricting plan for Wilmington Christina School District students is still bubbling under the surface.  Last night, Christina’s board voted 4-3 to settle on a lawsuit filed against them and the Delaware Dept. of Education by 15 charter schools that receive students from Christina.  The charters claim Christina was filing exclusions that were “improper” to the Delaware DOE and the DOE signed off on them.  While the settlement has not been made public, it will assuredly have an impact on local funding formulas going forward.

Baumbach’s plan is to have more money go to students with higher needs, such as low-income or poverty, English Language Learners, and students with disabilities.  Currently, students with disabilities do receive additional funding based on a unit-count system (with the exception of basic special education for students in Kindergarten to 3rd grade).  This system determines how much staff each district or charter school receive based on their September 30th count of students.  With the funding system Baumbach is pushing for, the money would follow the student based on their needs.  Another question involving this funding system is if Talented and Gifted students would be considered high need as well.

This is not equality funding but equity funding.  Schools who have less sub-groups of students with higher needs would receive less money.  Final accountability regulations for ESSA will require each public school in America to show the amount of funding per student based on local, state, and federal funding.  The biggest problem with education funding in Delaware is property assessments.  No county in Delaware has increased their property assessments in decades resulting in severe imbalances to what the current assessed values would be.  As well, referenda held by school districts have had mixed results.  Adding to this mix is the potential of school vouchers coming to Delaware if President Donald Trump and his pick for U.S. Secretary of Education, Betsy DeVos, get their way.  Baumbach argued against a bill that would allow vouchers for special education students last Spring and stated it would be a violation of Delaware’s Constitution to send state funds to a religious private school.  Trump also announced he wants to incentivize new charter schools across America.  Capital costs for school buildings is also a major issue.  Delaware has many outdated schools that have serious structural issues with the recent Christina mold problem as a glaring example.

Baumbach will most likely bring forth legislation in 2017 to change how we fund our schools.  As well, there is increasing talk in Delaware about re-examining property assessments.  Some state officials have even suggested consolidating school districts to save money, possibly to a county school district system with New Castle County having two districts based on the population.

For my part, I can’t support ANY changes to our education funding system until we can get more assurances the money we are already spending is used with fidelity and honesty.  The recent audit investigation into Indian River showed very clearly that this district was not being honest.  We’ve had far too many Delaware charter school leaders and employees committing major fraud with funds that are not getting to students.  Our state auditor is supposed to audit each school district every year and publish the results.  This is not happening.  Charter school annual audits, usually, do not have the ability to catch financial fraud.  The State Auditor of Accounts Office, run by Tom Wagner, is massively understaffed.  Why in the world would we dump more  money into education when we can’t accurately keep track of the money already there?  This is the viewpoint of many conservatives in Delaware, but more on the left are also waking up to a reality that can no longer be ignored.

As the chief legislative advocate for a weighted funding system, Baumbach will have his hands full in the first six months of 2017.  If the Republicans manage to take control of the Delaware Senate after the special election for Bethany Hall-Long’s Senate seat, the voucher conversation will become very loud at Legislative Hall.  Tony Allen also warned that time is running out to fix education for Wilmington students and advocates may file a federal lawsuit against Delaware which could leave education funding and districting in the hands of a federal judge.  The icing on this education funding cake is the very flawed measurement of success for Delaware schools- the standardized test.  If we use them as a barometer of success or need, the system will continue to be a confusing mess with no end in sight.

No matter how you slice and dice money for education, no system will please everyone.  This has become painfully obvious.  We need to look at what is best for Delaware students and not those of corporations who seek to profit from education.  As corporate education reform is more embedded in our schools, more administrators are implementing the very bad policies from those reformers thus turning them into profiteers of education.  Yeah, Baumbach is going to have a big fight on his hands with any legislation involving this system!

To read the final report conducted by Hanover Research for the Delaware DOE on a weighted funding system, please read below: