Delaware Attorney General Matt Denn, along with the AGs from Massachusetts and New Mexico, filed an amicus brief for the upcoming special education case which will be heard by the United States Supreme Court.  The Endrew F. v Douglas County School District is a case which can change the face of special education.  But what about my kid right here in Delaware Matt Denn?  The one who was kicked out of a special education program at a Delaware private school last Friday with no due process, no advance notification to the parents about the true purpose of the meeting, and no chance for my son’s voice to be heard?

For the most part, I like Matt Denn.  I think he can be an excellent advocate for students with disabilities.  But sadly, what he wants and what we have in Delaware are two very different things.  I wish Denn could help my own son the way he is helping this child in Colorado.  I understand the implications of this case and what it can do for special education if they rule in favor of the student.  That would be a very good thing.  But there are far too many students here in Delaware that are now suffering with special education.  My own son Jacob included.  If Delaware’s special education is supposed to be so great, why isn’t it Matt?  We both know the answer to that.  But why should my kid have to go through all venues of education in this state and still not have schools understand his needs?  Charter, district, private school, private school homeschool-coop program.  None have worked Matt.  None.  They may be great at other things, but they have all failed my son.  As one father to another father, I’m asking you to do something here, in Delaware.  In your state.  Not later, not down the road, but now.  I don’t know if I can get my son back on track.  There has been so much damage done to him.  By adults who think power is more important than what is right.  Maybe you don’t know what it’s like to watch your own child’s spirit break time and time again.  I truly hope you don’t.  But I’m just one of many parents who has to pick up the pieces of a child’s shattered life again and again while the system fails him time and time again.  It doesn’t matter what kind of school it is.  I don’t care about all this fancy legal stuff.  I just want consistency and best practices with my son, with all the special needs kids in this state.  We are destroying lives here Matt.  What are you going to do about that? 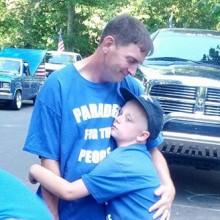 Delaware Attorney General Matt Denn, joined by the Attorneys General of Massachusetts and New Mexico, filed a formal brief Monday with the United States Supreme Court supporting the appeal of a Colorado public school student with disabilities who claims that his school district has not complied with federal law in meeting his educational needs. The brief filed by Delaware urges the United States Supreme Court to adopt a higher national standard for the services that U.S. schools must provide, and articulates that the standard reflected in Delaware state law, rather than the lower standard used in Colorado and many other states, is the proper standard to measure the provision of such services.

The brief was written by Delaware State Solicitor Aaron Goldstein and Deputy Attorneys General Patricia Davis and Laura Makransky. The brief states that the three Attorneys General “implore this Court to find that the highest level of educational benefit for children with disabilities currently recognized by federal courts of appeal is the correct level for all of the nation’s children with disabilities in order to ensure that the [Individuals with Disabilities Education Act]’s ideals of equality of opportunity, full participation, independent living, and economic self-sufficiency are fulfilled.”