For Delaware, I think we are talking about John Carney, Chris Coons, and Tom Carper. And don’t try to backtrack later with some promise of the digital frontier either. We will opt out of that as well. 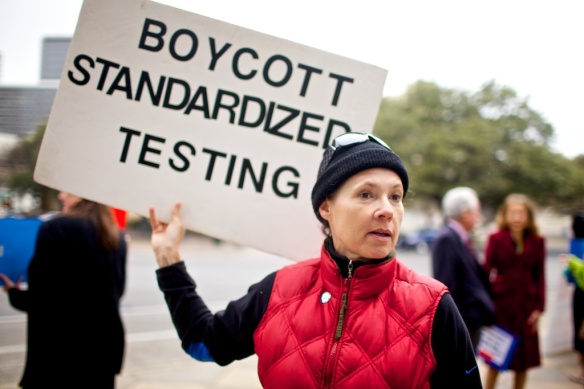 Our lawmakers have a problem.

This summer they doubled down on one of the most anti-democratic mandates in the federal repertoire yet they claim they did so to protect states rights.

Every year, hundreds of thousands of public school parents across the country opt their children out of standardized testing.

But Congress voted to keep mandating that 95% of students take the tests.

It all happened with the much celebrated bipartisan passage of the Every Student Succeeds Act (ESSA), the federal law that governs K-12 schools.

While lawmakers made changes here and there to let the states decide various education issues, they kept the mandate that students participate in annual testing.

They didn’t leave that to the states. Whether they were Republican or Democrat, almost all lawmakers thought it was just fine for the federal government to force our children to take standardized tests at least…