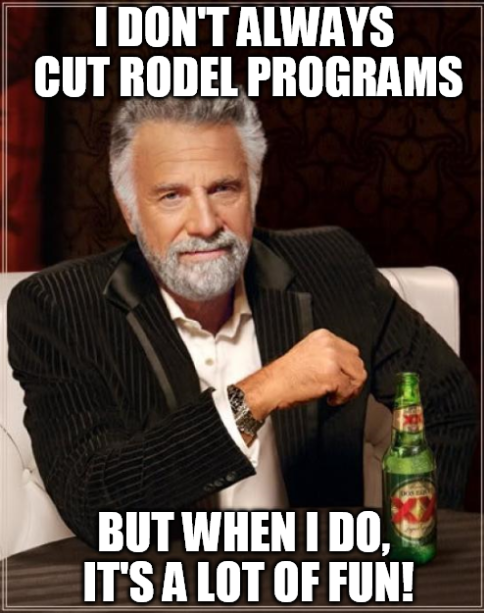 While this isn’t my dream list of cuts, and some things are still in there, the Delaware Joint Finance Committee sure did swing the axe on tons of programs from Governor Markell’s budget!  Gone is the after-school SAIL funding ($1 million), the always controversial charter school performance fund ($500,000), career pathways programs ($250,000), more internet bandwidth for schools ($3 million), a technology block grant ($1 million), and SEED scholarship expansion ($500,000).

The VERY controversial early learning budget of $11 million got cut to $9 million.  Teachers will not be happy about this: they lost their raises which had $3 million allocated.  Even the big three: University of Delaware, Delaware State University and Delaware Technical Community College got a 1% slash in their operating budgets.

Governor Markell is on the way out and the Joint Finance Committee sent a strong message to Delawareans today: we are not going to allow all this rampant spending in education to continue for programs that have no intrinsic value to the true success of students.  It’s almost like they read all the crap in the Every Student Succeeds Act and said “Not for Delaware”!   I’m sure Rodel is pissed about a lot of these cuts, but it’s about time we got their stink out of Legislative Hall.  Eight years is enough!

They can cut some more stuff: the charter school transportation slush fund (which can add up to about $2 million a year), all these insane contracts the DOE has with the take the money and run education companies (they could probably save the deficit by taking an axe to that stuff), and perhaps some more to the early learning program (or hell, give it all to the basic special education funding for Kindergarten to 3rd grade students with disabilities).  Not mentioned in today’s round of budget cuts are any funds associated with the Wilmington Education Improvement Commission’s redistricting plan.  But the General Assembly has to pass the legislation first!

The JFC meets tomorrow, so there could be more.  I’m sure the lobbyists are chomping at the bit to meet with every single legislator they can between now and June 30th, the last day of the 148th General Assembly.

This is THE blog post of the year. This IS what it is all about. This topic of race in education is coming up more and more. It’s important. We need to talk about it. While we don’t have the McCharters talked about in this article, I don’t think anyone could argue that charters have furthered segregation in Delaware. In fact, we have the exact opposite of what Mr. Singer is talking about in our biggest city: a charter school with 6% African-Americans and less than 1% students with disabilities. The ACLU filed a civil rights complaint a year and a half ago. The OCR got all the information a couple months later. Where is their report? It doesn’t take THAT long to see what is inherently wrong in some of our charters… 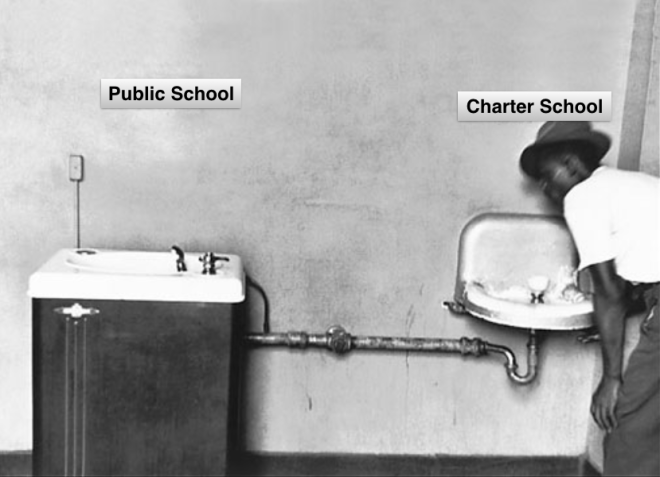 These may sound like the campaign cries of George Wallace or Ross Barnett. But this isn’t the 1960s and it isn’t Alabama or Mississippi.

These are the cries of modern day charter school advocates – or they could be.

School choice boosters rarely if ever couch their support in these terms, but when touting charter schools over traditional public schools, this is exactly what they’re advocating.

According to the Civil Right Project at UCLA, “The charter school movement has been a major political success, but it has been a civil rights failure.”

Advocates have become so blinded by the idea of choice that they can’t see the poor quality of what’s being offered.

Because charter schools DO increase segregation. They DOsuspend children of color…

Please read this article. And I’m specifically talking to Devon Hynson, Atnre Alleyne, PACE, Publius, the Delaware DOE, Governor Markell, Rodel, and the Delaware State Board of Education. And no, this does not mean I want you to break up the Smarter Balanced Assessment into little chunks at the end of units in a personalized learning/competency-based education digital environment geared to track students toward a pre-determined career based on these scores.

Walt Gardner is an experienced educator who writes a blog in Education Week. In a Memorial Day post, he warns that the anti-testing movement is going too far, too fast, and is likely to generate a backlash. He argues that the public is entitled to know how schools are doing, and standardized tests provide them with information they want and need. He concludes that the tests should be better, more carefully vetted, and serve diagnostic purposes.

His concern is reasonable, but I don’t think he is fully cognizant of the reasons that so many parents have decided to opt out.

Let me run through a few of them and invite you to add others.