The Education Funding Improvement Commission, which came out of Delaware’s Senate Joint Resolution #4, will have their next meeting on Tuesday, April 19th at 5pm in the Tatnall Building in Dover.  Originally, the report for this was due to the General Assembly on March 31st, but Senator David Sokola had it extended until June 30th with Senate Concurrent Resolution #56.

I would still like to know why there is NO mention of basic special education funding for students in Kindergarten to 3rd grade.  Are they purposely ignoring this?  Governor Markell didn’t put it in the state budget proposal back in January either.  I’m sorry, I can’t buy any kind of new funding for schools when this glaring omission exists.  And people wonder why I feel insulted by the General Assembly at times…  We have a perfectly good bill with House Bill 30 and its ignored for well over a year now.  What is the disconnect here?  Why is no one aside from State Rep. Kim Williams and a few others pushing for this?  This is Governor Markell’s number one failure with education.  But sadder is the hundreds of children who suffered because of it.  No apology, nothing.  I will never believe it is all about the students as long as this gaping hole in school funding exists.  All the supports in the world don’t matter at all if children suffer.  They can pull out all these models and put on a big show, but show those models to the students with disabilities in Kindergarten to 3rd Grade who just aren’t good enough for all these great education initiatives.

I can’t change what happened to my son.  But I can try for the hundreds of others who are out there.  The ones with the denied IEPs.  The ones who aren’t given accommodations on their existing IEPs.  I’m mad.  I’m raw.  I’m tired of fighting.  I can show the entire state what is going on, but it isn’t enough to make a difference to those in power.  We can talk about pre-school being the next big thing until the cows come home, but if we are missing the boat on the true foundation for learning right when it starts, in Kindergarten going to 3rd grade, then we are failing all those children with disabilities.  All of us.  Most experts agree that if these kids don’t get this foundation then, it becomes very difficult for them to acclimate in later years.  So yeah, if I get angry and lash out, imagine how those kids feel. 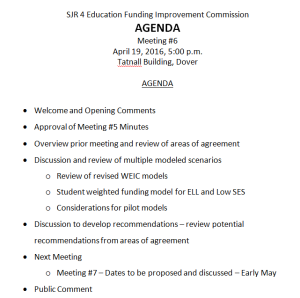 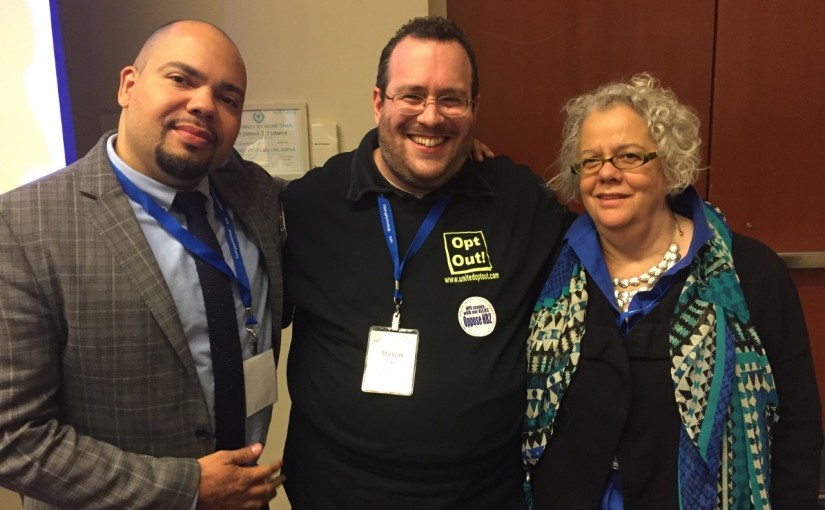 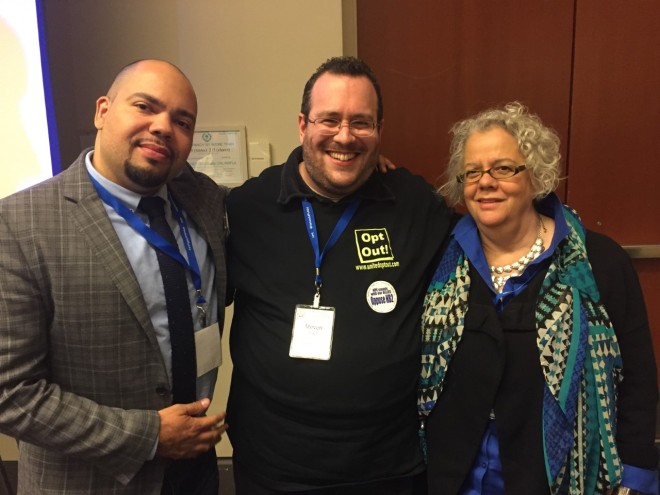 “Do you remember three years ago when I said this would all be over in 6 months?”

And we all laughed. Me the loudest, because back then I had thought the same darn thing.

Corporate education reform is on its last legs. Once we tell people about the terrible mistakes of standardized testing and Common Core, it will all be over in an election cycle or two.

Kelly, that incredibly dedicated member of the Badass Teachers Association (BATs) from Ohio, hadn’t been the only one.

It seemed so reasonable back then. Once it became common knowledge, our leaders couldn’t keep perpetuating policies that harm our children, we thought.

No one would actually continue to stomp on the futures of our little kids once we’d pointed out that that was what they were actually doing! Right?

Now the Network for Public Education is having its…

This legislation hasn’t even been filed.  It was sent to me anonymously.  I have very mixed feelings about this.  There are many things kids are suspended for and probably shouldn’t be.  But to limit suspension rates over bodily injury, threats of bodily injury or death but not in self-defense, or bringing weapons to school.

What about racial epithets?  Or swearing at a teacher?  Or throwing furniture but not causing bodily injury?  Or making sexually suggestive comments to a student?  Those are all things that would have given me a ticket home when I was in school.  Bullying isn’t addressed in this unless it is physical.  If we have zero tolerance for bullying under any circumstances why isn’t this included?

What if a student abuses the new system?  Continuously?  My fear with this type of bill is students trying to get out of class and knowing they won’t be suspended for it.  As well, if a student gets in-school suspension, the parents should be notified right away.

Perhaps the biggest part of this bill concerns students with disabilities.  Under the federal IDEA law, a manifestation determination hearing must be held if a student is suspended a certain amount of time.  If the student isn’t suspended but still showing the behavior that would have caused the suspension prior to the implementation of this law, how can an IEP team have the manifestation determination hearing?  The purpose of these is to develop a Behavior Intervention Plan after the school psychologist develops a functional behavioral analysis.  That is federal law.  State law does not trump federal law.  But if the state does away with the catalyst for the federal law, isn’t it essentially taking away rights for students with disabilities?  And does restorative justice replace what is in a developed IEP?

I’ll be honest, restorative justice wasn’t around when I was a kid.  Maybe it is great.  But is it known to work?  In my opinion, all the restorative justice in the world is not going to cure what comes in from a home environment.  If a student comes from a broken home or violence, it may temper the behavior but it doesn’t get rid of the outside of school problems that could be a very big reason for the behavior.  I would caution our legislators on passing this bill as written.  There are too many factors at play here that haven’t been looked at yet.  Which could be why it wasn’t filed yet.

Restorative Justice came about in prisons.  I have no problem with anyone making amends.  But it is for criminal behavior.  By using this in schools, are we making some issues bigger than they  are?

On the other hand, this law would reduce many suspensions that are completely unnecessary.  When I hear about the reasons some kids are suspended, I shake my head.  But then again, sometimes suspensions dealing with weapons brought to school could be seen as overreaching depending on the circumstances.  We need consistency but we also need common sense.  There are never easy answers.  But I would love to hear your thoughts on this.  Keep in mind, this bill hasn’t even been filed yet.