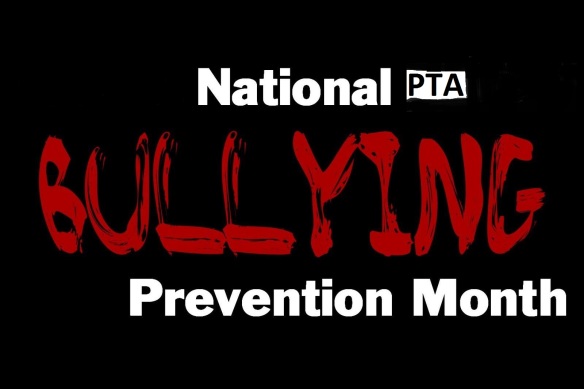 I was thinking about this a lot the past two days.  Since I posted the National PTA “Comply Or We Will Make You” letter to the Delaware PTA, something didn’t feel quite right.  Was it the absolute absurdity and gall of National PTA, or the timing of it?

The Delaware PTA heavily advocated House Bill 50, the Delaware opt-out legislation that our cowardly weasel of a Governor vetoed last July.  When an attempt  to have our legislators do the right thing and override Markell’s veto, the Delaware PTA staged a rally outside of Legislative Hall in Dover.  This was a month and a half ago.  The very next week, the Delaware PTA announced National PTA would be coming out with a position statement against opt-out very soon.  They did so in the beginning of February.

Let us flash forward to last Wednesday.  The Wilmington Education Improvement Commission has their post-State Board meeting where State Board of Education President Dr. Teri Quinn Gray is grilled and served on a plate by Wilmington school districts and members of the Commission.  State Board Executive Director Donna Johnson is most likely highly embarrassed about the allegation she advised State Board members how to vote on the WEIC plan.  The very next day, President of Delaware PTA Dr. Terri Hodges gets the comply or die letter from Laura Bay, the President of National PTA.  Right before the assessment inventory meeting at the Delaware Department of Education.  Right before.  As she walks into the meeting, handouts are provided to the committee and members of the public.  One of them is the National PTA position statement on assessment and opt-out.  It was a very odd choice for a hand-out.  Especially since it was NEVER discussed at all during the meeting.  Dr. Hodges attended the previous meeting, and I’m sure the DOE knew some type of Delaware PTA representation would attend the meeting.  I’m not coming right out and saying this, but I’m sure you can see where I’m going with this.

Yes, the National PTA did issue the position statement against opt-out.  For what reasons, I absolutely cannot fathom.  But Kilroy’s Delaware did present something very interesting today in regards to National PTA President Laura Bay.  It turns out she is the coördinator for assessment and instruction in her Washington school district.  And she essentially runs National PTA.  But was there some outside influence to have Bay pull a sword on Delaware PTA?

We have January and February of 2016 as two key months with a lot of Delaware PTA/National PTA/State Board of Education/Delaware DOE/WEIC activity.  All involving some very key players in this very bizarre game of Russian Roulette with parental choices.  Add in some referendums, priority schools, and redistricting and we have a huge mess on our hands!

In the backdrop of it all: a very power-hungry Delaware Governor Jack Markell and John King, the very controversial figure at the US Department of Education who is hoping to become the next US Secretary of Education instead of Acting.  Surrounding all of this is the massive tome called the Every Student Succeeds Act.  The mammoth legislation that has not been clearly defined but will in the coming months when the US DOE begins issuing regulations around it.  To make matters more complicated, this will be going on during most state’s testing windows for their state assessments, including the Smarter Balanced Assessment in Delaware.  Also during an election year.

The bridge between Delaware PTA and National PTA has one person on both sides: Yvonne Johnson.  She serves as the Vice-President of Advocacy for Delaware PTA and is a board member of National PTA.  The Governor was not pleased with the Delaware PTA’s defense of House Bill 50 at all.  The Delaware PTA has some choices ahead of them.  Fight, submit, or secede.  None will be easy decisions.  Secession is not an easy thing.  Fighting could result in major issues for them.  Submit will assuredly permanently scar the organization that has made a name for itself over the past year by supporting a parent’s right to opt their child out of the Smarter Balanced Assessment in Delaware.  Dr. Hodges is not one to surrender quietly.  This will definitely be something to watch over the coming months.  Perhaps a little push is in order…