The Assessment Inventory Committee will hold a meeting tomorrow night at the Delaware Department of Education office at the Townsend Building in Dover at 4:30pm.  The meeting will take place in the Library Conference Room.  The agenda, as shown below, will go over the DOE’s role in summative assessments.  The agenda does not show public comment, but it is a public meeting and public comment was allowed at other meetings so I’m sure this is just an error.  Please try to attend and give public comment!  Governor Markell’s former Education Policy Advisor assured members of the public the Smarter Balanced Assessment would be a part of the conversation around assessments last June.  I have yet to see anything serious from the SJR #2 Assessment Inventory Committee addressing this absolute waste of a test. 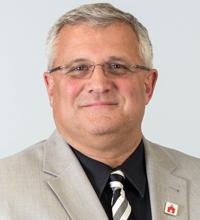 Red Clay Consolidated School District Superintendent Merv Daugherty released a statement this morning about the State Board of Education’s very odd vote on the Wilmington Education Improvement Commission’s redistricting plan last Thursday.  I talked with Merv yesterday at the Pathways To Prosperity conference and he told me the exact same thing!

I want to take this opportunity to reiterate and explain Red Clay School District’s position on the State Board of Education’s conditional rejection of the WEIC plan. From the beginning of this process, we have been clear that a guarantee of the plan would be supported with adequate and sufficient funding has been a critical non-negotiable item for our District. This is no mere parochial concern- we believe that it is crucial for the success of this endeavor. The plan submitted to the State Board of Education reflected the collaborative efforts of many stakeholders. Regrettably, the State Board of Education, rather than approving the plan as submitted, has attached two new conditions to it. One of these, the replacement of the word “shall” with “may” in item #2 of the resolution within the plan, is unacceptable to Red Clay. The distinction is not one of mere semantics- “may” and “shall” simply do not mean the same thing. “Shall” secures the adequate and sufficient funding the successful implementation of the plan requires; “may” throws it into doubt. Our concern was explained to the State Board of Education at their recent meeting. Indeed, they were explicitly told that their proposal “could be a deal-breaker.” Unfortunately, they failed to heed this warning. The possibility that the plan’s implementation could continue absent adequate and sufficient funding poses an unacceptable risk to Red Clay and does a disservice to the families and students involved. For these reasons, Red Clay cannot support the change submitted by the State Board last week.

WEIC meets tonight to make some decisions about the State Board’s idiot vote.  At the Christina Board meeting last night it was revealed State Board President Dr. Teri Quinn Gray and Delaware Secretary of Education will appear at the meeting.  Well said Merv!