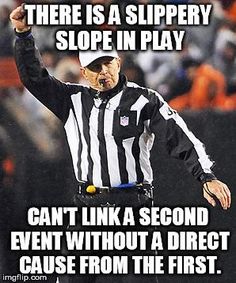 Governor Markell and the Delaware Department of Education came out with a press release today which indicates 73% of Delaware educators fully embrace the Common Core State Standards.  The report from the Center for Education Research Policy at Harvard University used five states in their findings: Delaware, Maryland, Massachusetts, Nevada and New Mexico.  Each state had “ten clusters” of schools to answer surveys.  The report does not show what the ten schools in Delaware were, but I did just email Chris Ruszkowski and Alison May at the Delaware DOE to find out.  I just received a response from May including the Communications Director for CEPR at Harvard, so hopefully answers will be forthcoming.  Ruszkowski is the head of the Teacher/Leader Effectiveness Unit at the Department.

Any report like this can be read in many different ways.  We don’t know which schools and how many teachers in each school responded to the survey.  We don’t know if this survey was given before, during, or after the first round of Smarter Balanced testing in 2015.  If anyone has any information on these surveys from last Spring or which schools had these surveys, please let me know.  As well, were ALL teachers in grades 4th-8th given these surveys or just certain ones?

A significant majority of educators are supportive of the Common Core State Standards and believe their colleagues are effectively implementing them, according to a new study of educators in Delaware and four other states by the Center for Education Policy Research at Harvard University.

The report – “Teaching Higher: Educators’ Perspective on Common Core Implementation” — collected perspectives from a sample of teachers and principals in Delaware and four additional states last spring, focusing on math and English language arts (ELA) teachers and principals in grades 4 through 8. All were asked to provide their views of the Common Core training and supports they received prior to the administration of their state’s assessments.

The survey found 73 percent of teachers feel their colleagues have embraced the standards. The study also spotlights how teachers are making substantial changes in their instructional practices and materials and are collaborating frequently with their peers.

The Common Core State Standards, developed by states and adopted by Delaware and most other states, set consistent learning goals for each grade across state lines. For most states, including Delaware, the standards also raised expectations for what students should know and be able to do at each grade level to have the skills and knowledge needed to thrive in the 21st century.

“This study gives a voice to what I hear from so many educators in schools across our state: Common Core is better preparing our students,” said Gov. Jack Markell, who co-chaired the National Governors Association’s bipartisan Common Core Standards Initiative.

“While the shift to higher standards is an undisputable requirement to best prepare our students for the new economy, we know it will only succeed with effective implementation. I’m encouraged by the feedback we have received from educators so far and by the tremendous work happening in our classrooms. Teachers have embraced professional learning opportunities to deepen their understanding of the new standards and collaborated to adjust their instruction to meet student needs. We must continue to listen to them and ensure we fully support their hard work,” he said.

“Students who had the benefit of instruction aligned to the new standards appear to be better prepared for these more challenging expectations,” Secretary of Education Steven Godowsky said.

While Delaware may have had these great third grade scores on the Smarter Balanced Assessment, that isn’t exactly something to write home about considering the overall proficiency rate for third graders in English/Language Arts was 54% and for Math it was 53%.  Aside from white, Asian-American, and American Indian sub-groups, every other sub-group did worse than the state average in both ELA and math.  It’s very easy to praise success without talking about the factors that surround the supposed success, something we see from the DOE and Governor Markell every single chance they get.

There are 11,000 teachers in Delaware.  The CEPR report wished to thank “hundreds of teachers” in their report.  I’ve found when reports like this come out, if it is over 500, they will say “over five hundred” or give a number like 800 to show a bigger number.  This report came from five states, so for the sake of argument, they surveyed 500 teachers.  That breaks down to 100 in each state.  Over ten schools, that is about ten teachers per school.  Can we say for certainty there was no bias in who was picked to take this survey?  I will wait to hear back from the Communications Director at CEPR to see if she is even able to say which schools had a part in this report.  There are certain schools in Delaware that are very loyal to Common Core and the DOE.  Most of us know which ones those are…

The Delaware Governor’s Advisory Council for Exceptional Citizens (GACEC) website appears to be in severe disarray.  The last agenda for one of their meetings is for their March 17th, 2015 meeting.  The last minutes are from their June 2015 meeting.  When does this group meet?  On the Delaware Public Meetings Calendar it shows their last meeting was November 17th, 2015.  No agenda was on the calendar either.  Are they even meeting anymore?

I used to get emails from this group when I was on their distribution list.  But once I blasted them for their opposition of the parent opt-out legislation, House Bill 50, I was banned from this email list.  My guess, this is now an “inclusive club” in Delaware that doesn’t have to follow state law for public meetings or transparency.  As a group that is supposed to represent the disabled of Delaware, this is very disheartening to see.  I expect more out of any state agency or council, but I expect much more out of this group.  Is Wendy Strauss still the Executive Director?  Is Robert Overmiller still the Chair of GACEC?  When are their meetings?  They do have a calendar of their meetings for the year, but that isn’t saying much without the other necessary state law compliance in effect.

Why does this group think they don’t have to be visible with their activities?

In some cases, issues with cousins come up all the time!  But in this scenario, there is a CLEAR conflict of interest going on.  While this is fiction, this could never happen in the real world.  Or could it?

In the DOE’s Charter School Office presentation to the State Board of Education on Thursday, there is a very interesting tidbit at the end.  They have a section called “Good News” and there are four charter schools listed: Early College High School, East Side, Family Foundations Academy, and Gateway Lab School.  What is the good news?

As well, how are the Delaware Met students doing?  Did they all transition or are some still falling through the cracks?  The answers are here.