The State Board of Education will vote on the Wilmington Education Improvement Commission redistricting plan on Thursday, February 18th.  What they are voting on will give Red Clay certain advantages over every other school district and charter school in the State of Delaware.  The plan calls for additional funding for Red Clay Consolidated and the Christina schools currently in Wilmington that would become part of Red Clay by Fiscal Year 2019.  This funding be based on a weighted funding formula to be approved by the Delaware General Assembly (of which there is no current legislation addressing this).  The weighted funding would give additional funding for English Language Learners, low-income students, and basic special education for children in Kindergarten to 3rd grade.  The money would come in FY2017.  This funding would spread out into FY2018 to the remaining schools in the Christina School District.  By FY2019, all city of Wilmington School districts and charter schools would receive this additional funding.

Hey Tony Allen and the WEIC gang: What about the rest of Delaware?  While I think it’s great you are recommending the entire state gets these funds as soon as possible, there is no crystal clear plan for that happening.  But there is certainly a plan for all of northern New Castle County.  In case you forgot, over half the students in the state exist outside this plan.  So what happens when Wilmington gets all this extra money, support and resources?  What happens to the almighty standardized test scores?  Will there be a curve for the rest of the state when Red Clay does better and then the rest of the Wilmington districts?  It will give those schools a disproportionate advantage over the rest of the state.  More funding means more teaching units in the classroom, whether it is more teachers or more paraprofessionals.  In case you haven’t checked, there are poor kids south of the Canal as well.  Kids with disabilities and many English Language Learners, especially in Sussex County.  I guess it’s okay to make them wait until FY2020 or never based on your plan.

But this goes beyond just funding, because all these organizations like the United Way of Delaware (not Wilmington) and other community service associations will be pouring support into Wilmington schools as well.  I’m not saying Wilmington doesn’t need all of this.  I’m saying ALL of Delaware does.  The problems in Wilmington schools are not necessarily unique to just Wilmington schools.  They are all over the state.  Wilmington doesn’t get to receive $22-26 million in additional funding on top of community organization support AND $3 million going to the University of Delaware over the next few years while the rest of the state watches AND pays for it.  It’s like going to a birthday party and watching someone open up all their presents.  But this birthday party will go on for three years.  And this party isn’t in Wilmington, it’s in the whole state of Delaware and we all have to pay the rent for the party while Wilmington gets all the presents.  Meanwhile, we won’t get any of those cool presents but we will be judged on the same level as if we got those presents.  And the result… 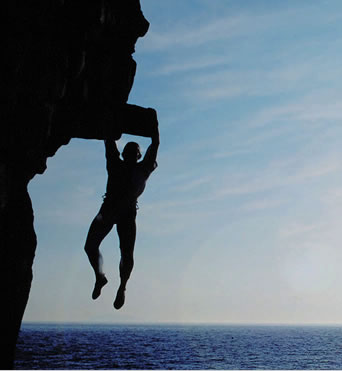 Tony Allen, I met with you last March.  I told you then about my concerns with Delaware special education.  I told you about the funding issues, the charter issues, and the district issues.  I told you if special education isn’t a major part of this, I can’t support it.  To date, I’m not seeing it.  I don’t see it in the plans for the next few years.  I don’t see a committee that is just about special education and how to improve it.  Even though you told me this would happen.  When Tony?  Next year?  The year after?  Or never?  That really pissed me off Tony.  You gave me your word.  That word doesn’t mean anything now.  Sorry to call you out like this, but I don’t appreciate being told something and then it doesn’t happen.

But I do see WEIC will take all the propaganda and corporate education reform lingo and throw it into their plans to appease the State Board of Education and the Governor.  WEIC swallowed the bait.  All this birth to eight crap, and birth to college.  Who do we think we’re fooling?  Wait until the Social Impact Bonds start coming out.  When students futures are hedged for the investors.  That’s what all this is about: Student Capital.

If the goal of all of this is to turn schools in Wilmington into community centers, I can’t back this.  At all.  That’s where we’re going with all this.  I feel for the kids up there.  I truly do.  My heart bleeds when I read about the murders and violence in Wilmington.  But pouring all this money into education doesn’t even address the problem.  Get the social workers out there, get the police to effectively put an end to the drug and gang problems, and get the Attorney General to clean up Wilmington.  Where are the jobs for the unemployed up there?  Where is the drive to end homelessness?  You are ignoring these crucial issues that impact education.  But what you are really doing is placing the burden on the whole state for Wilmington’s problems!  Who pays for this?  Every single taxpayer in the state.  All of us.  If it comes from the state budget, it comes from every single one of us.  But you want us to pour all this extra money into Wilmington schools while the rest of the state sits stagnant and waits?  So high-stakes testing scores can go up?  Really?  What happens if those test scores remain the same or actually go down?  Do we call all of this a failure?  What happens when the Red Clay schools show the coveted “growth” in test scores because they got more money.  It makes the schools and districts who don’t get this funding look worse.  More labeling.  More shaming.  We will prop Red Clay and the other Wilmington schools up at the expense of the rest of the state.

All of you involved with this who don’t have the guts to address the true issues here need to wake the hell up!  The biggest problem is the illusion of failure!  You are allowing the DOE and Markell to dictate the terms of success for this without realizing those terms consign every student in Delaware to their money-making Ponzi education reform buddies on Wall Street!  And those buddies are going to start betting on the outcomes.  That’s all a Social Impact Bond is: a bet.  Between a governmental unit and a company.  It’s a gamble.  Our children, all the children of Wilmington, all the children of Delaware, are pawns.  WEIC is just making sure it happens sooner than expected.

Last month, WEIC got played by the State Board of Education.  It was out there for everyone to see it, in real-time.  But now WEIC is kissing the State Board’s ass!  Completely ignoring the fact they broke the law is one thing, but now you are going to play kissy-face with them?  It’s disgusting.  It’s appalling.  But I guess that’s the Delaware Way, hard at work again.  This whole thing kicked off because of two things: priority schools and charter schools.  Let’s not forget that.  Based on two things: standardized test scores and discrimination.  We can sit here and pretend it’s all about sixty years of Brown vs. the Board of Education, but the reality is simple.  It’s about the damn scores.  It’s what we measure success and failure by.  What the hell is WEIC doing to address those things?  You recommended a moratorium on new charter schools but many of them are increasing and decreasing their enrollment all over the place up there.  And nobody is saying boo about it.  Those charters are taking full advantage of this cause they know they have the full support of the State Board, DOE, and Governor Markell.  Wasn’t that the biggest thing to come out of WEAC?  And now you’re going to put all these students into a district that can’t even get an inclusion plan right?  While you ignore the cherry-picking and discrimination by two (possibly three) of the biggest offenders in the state, let alone America?  You have now become part of the problem WEIC.  My issue with WEIC isn’t that I underestimate them, it’s that I don’t trust them.  And please, change the name of your website.  These aren’t solutions for Delaware schools, these are solutions for Wilmington schools.  You aren’t fooling anyone.

To read all the latest on the WEIC plans, read below: