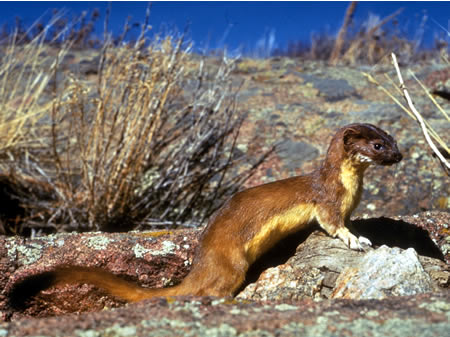 The Rick Jensen Show on WDEL just announced their Weasel of the Year for 2015, and by a very wide margin, the Delaware Department of Education led by Executive Director Donna Johnson and State Board of Education President Dr. Teri Quinn Gray took the award!  Other nominees were Bloom Energy, Paul Ryan, Governor Markell, and more.  But the DOE won by 27 votes.  Congratulations to the DOE, Donna Johnson, and Dr. Gray!  You certainly worked very hard all year long to get this prestigious honor!

Once Rick gets the podcast of this on the WDEL website I will definitely put it up on here!

Knowing the power structure down at the Townsend Building down in Dover, I have no doubt Donna Johnson will be very irate at being called the leader of the Delaware DOE.  I let Rick know this on the air as well, but I also said they are essentially the same thing.  Maybe not in the formal Delaware State Code, but you know what I’m saying.  The best part?  Even though Governor Markell didn’t win, this is reflective of him because he appointed all of the key personnel at the Delaware DOE.  So this is a double victory in my book!

1 thought on “WDEL’s Weasel Of The Year: The Department of Education led by Donna Johnson and Dr. Teri Quinn Gray!!!”