Yes, I know.  Not another Family Foundations article.  When’s he going to do the long-awaited Rodel follow-up?  As my friend Wilson Jomama once said about another recent charter scandal, it’s like staring at the sun.

Please enjoy the theme music while we look at yet another big oops at this Wilmington charter school.  As mentioned initially on Kilroy’s first FFA Explosion article by a parent, their December 2nd Board meeting had a rather public situation involving a special needs student.  Please read the minutes from this meeting.  While this school has clear transparency issues, this outing of a student was about as transparent as Saran Wrap!

So what did they do wrong?  They looked like pretty concise board minutes to me.  But there’s just that tiny, little baby of a hiccup called student privacy.  I was shocked when I saw a parent commenting on this on Kilroy’s, but to actually see it in their board minutes was shocking! 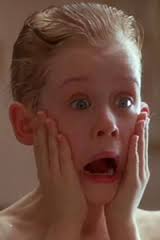 Yes, they fully revealed a student discipline problem of a student on a 504 plan.  While they didn’t reveal the name of the student, which they proudly boasted in their meeting minutes, unless they have multiple students who bite, kick and hit teachers, this student is easily identifiable.  Not only is this a violation of FERPA, but also Section 504 which is protected by the Office of Civil Rights.  Why the hell would they discuss a discipline issue with a particular student in a public forum like that?  And one with special needs?

It looks like this may have been a cover.  Not that the student wasn’t experiencing those issues (Lord only knows what fresh hell that poor kid was going through at this school), but it was also an impetus for a spotlight to be shown on Dr. Tennell Brewington.  In the minutes there is a whole part about her not using the Child Study Team and the Climate Team to help this student.  Here’s a novel idea, maybe they should have used an IEP Team!!!!  Sorry, no matter what this student may have done as a manifestation of their disability, this public roasting of this student has many violations.  If I were the parent of this student, I would not only be contacting the FERPA department at the US DOE, but also the OCR Office as well.

By the end of the meeting, after executive session, it was announced Dr. Brew was going on a 90 day paid leave of absence.  No explanation was given, but that’s none of our damn business when you read the harsh notes at the end when a member of the public DARED to ask about it.  I wonder what could have caused such a rift between Brewmoore?  Could it…no…maybe…possibly have been a… sorry folks, this isn’t Soap Opera Digest!

Staring at the sun indeed!  If that other recent charter school scandal caused some sun glare, this one is a Super Nova!

7 thoughts on “Uh-oh! Looks like we got a bleeder here! What has Family Foundations Academy done now?”